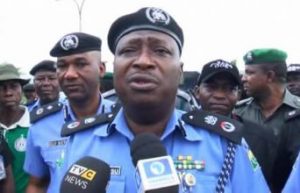 The Ogun State Police Command confirmed the arrest of three members of a robbery squad that has been terrorising residents of Ogijo and its environs.

A police report indicated that the suspects – Yusuf Odugbemi, Tunde Asamu and Sunday Azeez – were arrested at about 9pm on Saturday, January 20, 2018, during an operation.

The state Police Public Relations Officer, Abimbola Oyeyemi, said policemen attached to the Ogijo Divisional Headquarters received a distress call from Baale Street, Molatori Ogijo, that the robbers had invaded the area and were dispossessing residents of their belongings.

He said the Divisional Police Officer, Ogijo Division, Tijani Mohammed, led the anti-robbery team to the scene and engaged the hoodlums in a gun battle.

Oyeyemi, an Assistant Superintendent of Police, said at the end of the encounter, three members of the syndicate were arrested, while others escaped.

He said one live cartridge, two cutlasses and assorted charms were recovered from them.

“The state Commissioner of Police, Ahmed Iliyasu, has ordered the immediate transfer of the suspects to the Federal Special Anti-Robbery Squad for further investigation with a view to arresting the fleeing members of the syndicate,” Oyeyemi added.