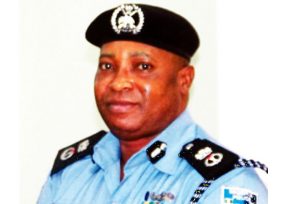 Amba, in a brief ceremony at the command’s headquarters in Yenagoa, on Monday, officially handed over his office to his successor, a former Force Public Relations Officer, Mr. Don Awunah.

Speaking after being handed the mantle of leadership of the command, Awunah said he was posted to the state to serve.

He described his predecessor (Amba) as a professional and competent colleague.

He reminded criminals in the state that a new Sheriff was in town and that they should relocate from the state in their own interest.

Awunah said, “I have come here to serve and in this service, the people are our bedrock. I call on the good people of Bayelsa to give me their necessary cooperation. The crime prevention and management is a collective responsibility.

“There is a new Sheriff in town. I will improve upon what the old Sheriff has done. For those criminals in town and those involved in anti-social behaviour, the new Sheriff is in town, please check out of the geographical area called Bayelsa.”

The new CP, who said he was deployed from the CTU, also vowed to deploy community policing strategy to reduce crimes in the state, stressing that he would display professionalism, transparency, honesty and dedication to duty.