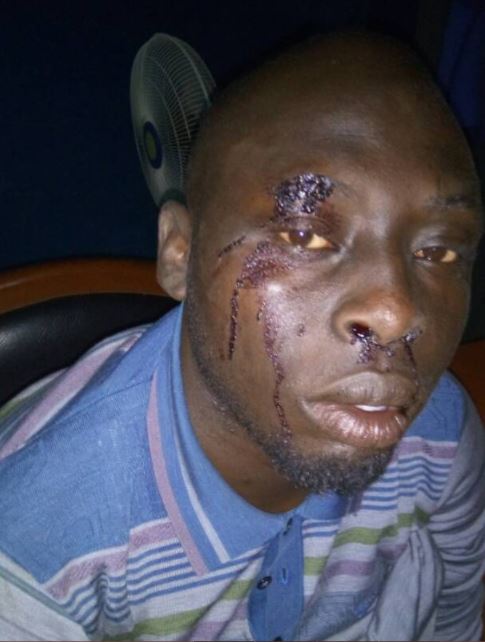 According to a Twitter user Oluyemi Fasipe, @yemiefash, the director of Heroes Filling Station in Akure, Ondo State ordered thugs to beat up a policeman after being unknowingly left alone by his team which was monitoring the price of petrol across filling stations in the South-western state.

In the process of the reported attack, the young man was left bleeding profusely from his face where he sustained several injuries.

Below is what @yemieFash tweeted:

“This is Ayodele Oladimeji He was lynched by some thugs on the order of the Director of Heroes filling station in Akure, Ondo State after an operation to enforce the sales of control price on fuel. His team members and the police men left not knowing he has not joined them.” 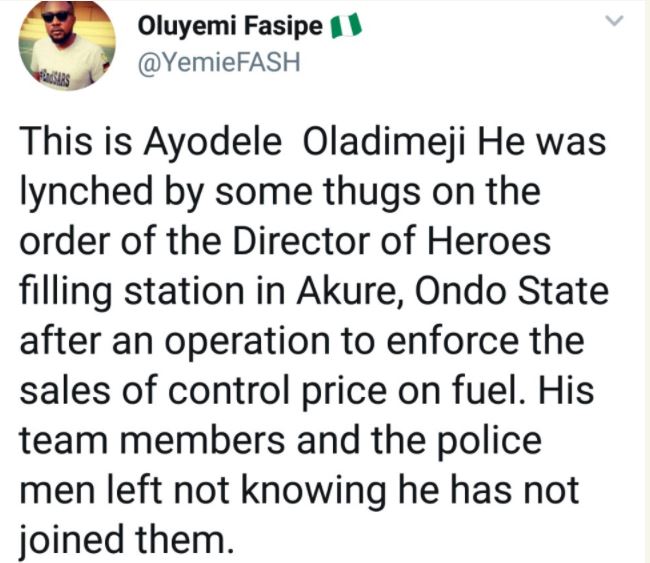 Share
Facebook
Twitter
WhatsApp
Previous articleDrama At National Assembly As Senator Orders Staff To Be Slapped For Entering Lift With Her
Next articleIGP: Court Warns Senator Misau To Mind His Utterances
- Advertisement -