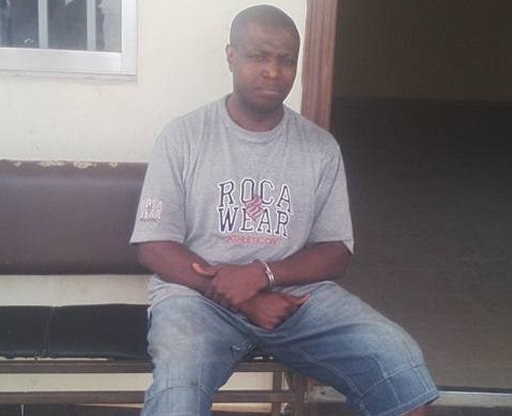 A Senior Advocate of Nigeria (SAN), Festus Keyamo, who is a counsel to Daniel and Tim Elombah, has accused the Inspector General of Police (IGP), Ibrahim Idris, of using the Special Anti-robbery Squad (SARS) and Special Tactical Squad (STS) to punish his clients.

According to TheCable, on January 1, SARS operatives invaded the Anambra residence of the Elombah brothers who are behind elombah.com, an online platform, and arrested them.

It was learnt that the publisher was released but told not to leave Abuja, while his brother has been in custody since then. The IG of Police later said both men were arrested for “committing an offence” which Idris did not disclose.

There are reports that the bloggers were arrested over an article which the IG of Police found to be “unfavourable”.

In the letter dated January 15 and addressed to President Muhammadu Buhari, Keyamo said the IGP has displayed “personal vendetta” against the bloggers, and appealed to Buhari to look into the issue and “mete out appropriate sanctions against him, which may include the extreme step of relieving him of his position”.

He said the detention of his client is “one of the worst forms of abuse of human rights”, and urged Buhari to intervene in the situation, the lawyer said if a public officer could not tolerate criticisms, he or she has no business occupying any office.

“Your excellency, it is shocking and alarming, to say the least, that the inspector-general of police deployed the officers and men of special police squads like SARS and STS, which are established to fight serious and violent crimes, to settle a purely private grievance with online journalists,” the letter read.

“If at all an offence was committed by the said published article (which is not conceded), a simple civil invitation to our clients would have sufficed. But to use such strong-arm tactics to reign in our clients was a gross abuse of his office and an employment of stone age tactics in pursuing his personal grievance.

“Your excellency, such practices should be clearly unacceptable under your watch. A situation where your appointees ride roughshod over innocent citizens or use the positions to which you appointed them to settle personal scores should, ordinarily, rankle you and cause you to intervene.

“It should be more so as the substance of the matter has to do with the criticism of the personal life of a public officer by the fourth estate of the realm, a practice that has come to be recognized as one of the components of a thriving democracy.

“If a public officer cannot tolerate or stomach harsh criticisms, he has no business occupying public office.

“It is in the light of the above we urge you to use your good offices to order an investigation into this crass display of power and indiscretion by the inspector-general of police.”