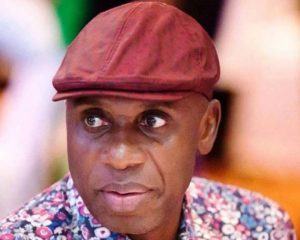 President Buhari has reportedly reappointed former Rivers state governor now Minister of Transport, Rotimi Amaechi, as his campaign Director-General for the 2019 election, according to reports from Thisday.

Although he has not come out to declare his intentions to run for a second term, he has been giving hints that he might seek a second term in office.

Amaechi, who led Buhari’s campaign in 2015, has reportedly been issued a letter of appointment for next year’s election and would make an official announcement on his appointment anytime soon.

Twice last year, Buhari had hinted about the possiblity of him seeking a second term. First, he did so during a summit on counter-terrorism in Abidjan, Cote d’Ivoire, and the second time last November, when he visited Kano State on a two-day working visit.

Amaechi is likely to hold a press briefing in the next few days to announce his reappointment as well as unveil the agenda for the Buhari 2019 project.