Home News Feed President Buhari To Commission Kaduna Dry Port, Creating 300,000 Jobs
Facebook
Twitter
WhatsApp
The Kaduna Dry Port is set to be commissioned in a few days’ time and it is expected to be create as many as 300,000 direct jobs. 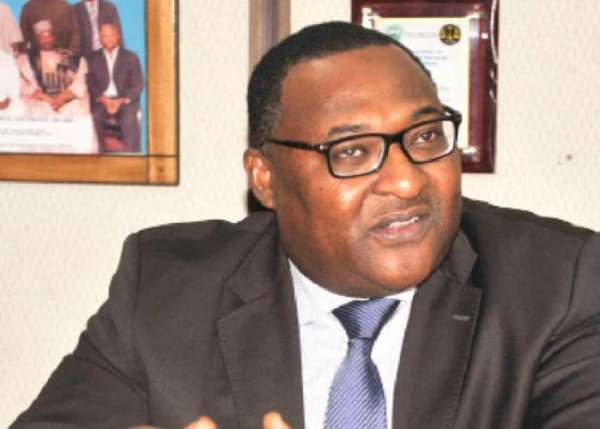 Findings by Leadership Weekend has revealed that no fewer than 300,000 direct jobs will be created in Kaduna and environs when President Muhammadu Buhari commissions the Kaduna Inland Dry Port on Thursday, 4 January 2018.
According to Leadership Weekend, the Inland Dry Port in Kaduna, it was learnt the port is to serve other states in northern part of the country even as countries like Chad, Niger, Cameroon and the Central African Republic. To this end, the federal government, the Nigerian Shippers Council and other stakeholders are set for its commissioning next week.
Already, port activities have already taken off in the Kaduna Inland Dry Port, thus making it the first of such in the country. The port manager, Mr Rotimi Oledele Raimi, told our correspondent that northern businessmen, importers and exporters as well as their counterparts from Chad, Niger, Cameroon and Central African Republic could now consummate their transactions using the port.
The facility, gazetted on May 26, 2015, is now equipped for port operations and shipping services, international and local logistics, freight and forwarding to the inner reaches of Northern Nigeria and landlocked neighbouring countries of the Niger Republic, Chad, and Cameroon. According to the Nigerian Shippers Council, Kaduna State Chapter, it is expected that about 300, 000 people will get direct jobs from the dry port in a few years to come.
It was observed that the port was fully equipped to handle more than 29,000 containers per annum, and agents could legitimately take delivery of their imported cargoes and as well as forward their export goods directly to various countries abroad without hindrances.
Already, Nigerian Customs and other relevant agencies now operate at the port having been provided with well-equipped office accommodation within the premises to enhance trade facilitation and reduce turnaround time. Maritime experts are also on ground at the port to provide counselling and consultancy services for import and export business processes and procedures.
The dry port has an expansive container terminal, accessible by both rail and road with availability of modern cargo handling equipment and tools to facilitate quick delivery and turnaround time.
Available are large warehouses for cargo storage; export consolidation, stuffing/unstuffing operations and groupage coupled with fully equipped technical workshop, modern examination bay, expansive container terminal, and modern Assycuda systems (for customs). Speaking with our correspondent, the president of NSC, Kaduna State Chapter, Mohammed Kasali Abdulsalam, said he was optimistic that activities taking place at the port would transform the state into a business and commercial hub of the North.
He said, “For instance, as a shipper, I don’t need to go to Lagos to clear my goods. All I need to do is to inform my suppliers anywhere in the world that the final destination of the goods is Kaduna. Thus, what you need to do is to just write: Lagos/Kaduna Port. When your consignment reaches Lagos, it would be in transit to the final destination which is Kaduna.”
Abdulsalam said apart from government employees working in the port, over 300, 000 people would be directly employed within a period of at least five years.
“No fewer than 300,000 people will be affected directly by this gigantic port within a period of five years. The hospitality business will also be boosted because more restaurants and hotels will be needed,” he said.
Raimi said what finally emerged as Kaduna Inland Dry Port was the Inland Container Nigeria Limited, which the federal government had to upgrade to a dry port.
“I assure importers and exporters in the northern part of the country including countries of Chad, Niger Republic that they can do export and import business in Kaduna.
“I want to implore the people of Kaduna both the importers and the exporters to come down to our office because seeing is believing. They can come down here and forward their exports from here directly abroad. They should come for more enlightenment. The importers too should come to our office because we are working towards ensuring that instead of them going to Lagos to clear their goods, they can do it in Kaduna.”
Kaduna residents, who have visited the port, said they were amazed with what they saw. For Henry Gabriel, the commissioning of the port will boost business in Kaduna and environs given what goes on in the port.
“The commissioning of the Kaduna Inland Dry Port will provide an opportunity for youths to work hard to export their agricultural produce,” a resident, Bala Gimba said.
The executive secretary and chief executive officer of the NSC, Hassan Bello, has said that the congestion, both vehicular and human, common at the nation’s sea ports, would not be seen at the dry port because it would be well controlled.