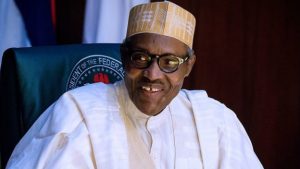 The Nigeria’s first inland dry port will be inaugurated by President Muhammadu Buhari in Kaduna State.

A dry port is an inland intermodal terminal directly connected by road, rail and air to a seaport and operates as a centre for trans-shipment of sea cargoes to inland destinations.

According to the Nigerian Shippers Council, all is set for the President to inaugurate the Kaduna Inland Dry Port in Kakuri, Kaduna State.

The Director, Special Duties, NSC, Mr. Ignatius Nweke, in a statement issued in Abuja on Monday, said the port, which is among the seven dry ports being promoted by the council, was built by the Kaduna Inland Dry Port Limited.

He said the facility had the capacity to handle 29,000 tonnes of cargo yearly in the first phase of operation, adding that the figure might double upon the completion of the port.

Nweke stated, “It is also estimated to generate no fewer than 5,000 direct jobs at the commencement of operations.

“The Kaduna Dry Port, which is the first of its kind in Nigeria, will receive cargo from the Apapa Port in Lagos through the railway or by road, and also export goods through the same channel.”

According to him, the idea of establishing inland container depots in the hinterland is informed by the need to reduce the congestion in Lagos ports and provide relief for the busy Apapa road.

Nweke said the port, when inaugurated by the President, would provide an easy process for the exportation of farm produce from Kaduna and neighbouring states as well as landlocked countries.

He added that Kaduna State was the largest producer of ginger in the country, and noted that the new port would provide the opportunity for the exportation of processed agricultural produce to other countries of the world.