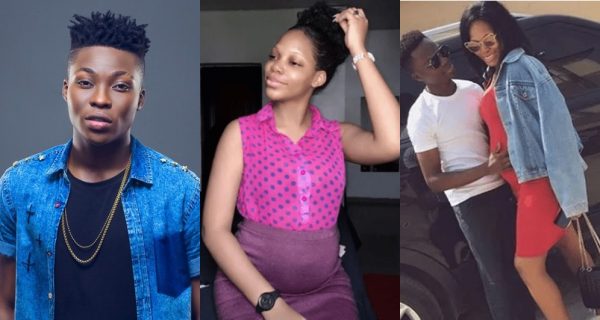 Reekado Banks’ manager and brother, Solomon Temioluwa Seth is expecting his first child with his wife, Amy Demure, who he got married to in a private ceremony in April 2017.

Recall that few days ago when asked if Reekado Banks will apologize to Lil Kesh following his outburst at the singer’s Thank You concert in Ibadan, in which he declared he is better than Lil Kesh and his father two years after Olamide’s fight with Don Jazzy (Reekado’s boss) over headies ‘Next Rated’ award, Temi Solomon said the artiste he manages won’t.

“It is not something I want to talk about. If certain people were annoyed because he spoke his mind, I think those people are not his fans. Our fans would not complain about what he said in that manner. He didn’t mean to hurt or harm anyone and we don’t have something against the artiste (Lil Kesh).

“If he said he is better than someone, he probably meant it. I really want to know the fans who were angry about it. Was it Reekado’s fans or the person’s fans? He said what was on his mind and it is not compulsory for everyone to agree with him.

“People who feel that he is arrogant because he said what he wanted to say have their reasons to think so. If I say that one newspaper is better than another, it is my opinion. That he didn’t say a word since the 2015 Headies Awards’ fallout doesn’t mean he has not felt like talking. So, if he said he was better than Lil Kesh, it was just an expression.”