In the world we live in today, a Lot of people do not even believe celibacy can be a part of a healthy relationship! Especially the ones who have been sexually active for quite some time. But still my darling, it is possible! People being in relationships without sex is actually in existence. Quite a few people find it easy and will say yes to celibacy any time, any day. Note though; it is easier said than done. But what about the ones that are extreme? The ones that say no kissing and no touching? You’ll be surprised to know that the idea sounds cool and fine to some while to others, it is absolutely ridiculous. How can a young man and woman who are romantically involved with each other, who go through countless dates, several hangouts, exchange romantic messages, do every sweet nothings people in love do and somehow keep sex out of the equation not be able to do a little smooching? 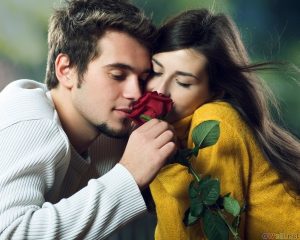 Apart from that, there are several denominations and faiths we know that support such practices. It’s why premarital sex and relationship celibacy remains one hot subject that has split opinions for as long as one can remember and continues to do so.

For Unekwu, a young fresh graduate in Lagos, extreme celibacy is a personal decision for him.

“I don’t have premarital sex primarily at all. And of course, it’s mostly because i am a christian and it is what the Bible instruct me.”

“I must definately kiss!”  Unekwu comments.