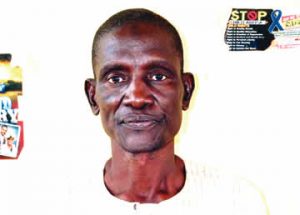 A 50-year-old man, identified as Abdullahi Haruna, who lives in  Nasko community in the Magama Local Government Area of Niger State, has confessed to sodomising seven underage boys in Getagi village.

Haruna was said to have had regular sexual intercourse with the teenagers for a long time until he was nabbed.

He was alleged to have drugged his victims so that he could have his way with them.

The suspect, who is being held in the police custody, said, “I have been into this act for over three years and I cannot explain why am still doing it, but one thing was certain, I know that the police would apprehend me one day.”

Northern City News gathered that Haruna divorced his wife sometime ago and took to defiling young boys in Getagi village.

When asked what led him to the act, Haruna said, “I cannot state exactly why I was engaging in the act; I remember that I became involved in it since I divorced my wife.

“I usually give them (victims) little gift items and some herbs with which to take their bath before the intercourse so that they would not reject my advances. May God forgive me,” he said.

The command public relations officer, Muhammad Abubakar, confirmed the arrest of the suspect on Thursday, adding that a team of policemen arrested him on a tip-off.

He said the suspect would be arraigned in court after investigations.