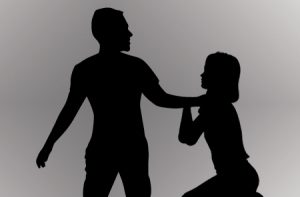 Stacey Chininga is being accused of assaulting her father-in-law, Gabriel Denhere, who is withholding her late husband’s death certificate from her.

The two appeared in court when Denhere took legal actions against his daughter-in-law while seeking a peace order against her.

He said, “Stacey is my daughter-in-law and her husband died in 2017.

“Before his death, he told me that I was going to be in custody of his kids when he died while he was having issues with his wife.

“She is in the habit of attacking me with her relatives whenever she visits my place of residence and last week, she assaulted me using a cooking stick after we had an argument over the death certificate.

“She accuses me of denying her access to her husband’s death certificate, which is a lie because I don’t have it.

“Even if I have it, I will be the right owner since he was also my child.”

In response, Chininga said, “That’s not true, your worship. He has the death certificate, but he is refusing to hand it over to me.

“I have never assaulted nor attacked him, all I want is a death certificate so that I can be able to access some funds for my children’s school fees.

“Yes, he was left in custody of the kids, but he does not fend for them,” she said.