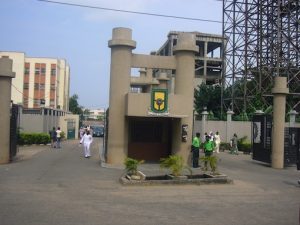 The Senior Staff Association of Nigeria Polytechnics (SSANIP) in Yaba College of Technology has issued a three-day ultimatum to the management of the college to fast-track payment of the promotion arrears released by the Federal Government.

The Chairman of the union, Mr Olorunmbe Omopariola, said in Lagos on Wednesday that the ultimatum began from Jan. 23 and would lapse on Jan 26.

Omopariola said if the promotion arrears were not paid by Jan 26, the union would hold a congress on Jan. 29 to determine the next line of action.

He said that the Federal Government released N30bn to Ministries, Departments and Agencies on Jan. 15 and some federal polytechnics workers’ had been receiving bank alerts.

The union leader said no fewer than 650 of their members were owed promotion arrears from 2013 to 2017.

“Our colleagues in federal polytechnics, Bida, Ilaro, Bauchi, Ilekede, Offa and others, have received their promotion arrears as at Jan. 22.

“We do not know what is happening to our college and why we have not received our promotion arrears.

“We want the management to fast-track the process. This money is our entitlement and it is long overdue.

“How can someone be promoted for more than five years without collecting his benefits?

“We have met with the management, and we have told them that if we don’t get the alerts by close of work on Jan. 26, they should prepare for an action,“ he said.

According to him, the Acting Rector promised them during a meeting that the acting bursar would be sent to Abuja to make enquiries and facilitate quick payment of the arrears to members.

“We don’t want to miss out of this opportunity, we want to benefit from the N30bn released by the government for payment of promotion arrears,” he said.