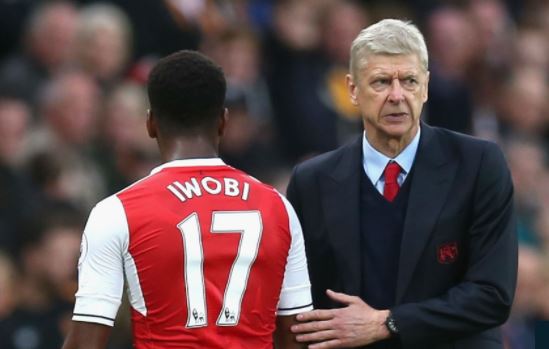 The 21-year-old was reported to have been partying the night before Arsenal’s FA Cup loss to English second-tier side, Nottingham Forest.

Despite his misdeed, the Frenchman still fielded the Nigeria international for 90 minutes in their barren draw with Chelsea at Stamford Bridge.

And Rohr who claimed to be in contact with Wenger on the issue is pleased with the way the matter was handled.

“I spoke to Arsene about it and I like the way he handled it. He did it like a father, inside the house and after, he played him in the next game,” Rohr told KweseESPN.

“He is a young boy, and young boys make mistakes sometimes.”

The German also maintained that he makes contact with other managers at clubs where his players play.

“When we gather, we cannot make them fit, it is only when they are their clubs that they can be fit and we also send trainers to their clubs to help them with fitness.”

On the friendlies lined up for the three-time African champions, he said: “This is a very good plan. It is the kind of plan you see with countries in Europe or anywhere in the world and I am very happy.

“It will be good preparations for the players. Serbia and Czech play like Croatia, and we will be sending scouts to watch Iceland. We have already beaten Argentina, but we must remain humble because beating them in a friendly does not mean we can beat them at the World Cup.

“We will also like to have the fans to see the team at home before they go, that is why we play one game in Nigeria.”

Nigeria will start their campaign in Group D with Croatia on June 16 before confronting Iceland on June 22 and Argentina on June 26.