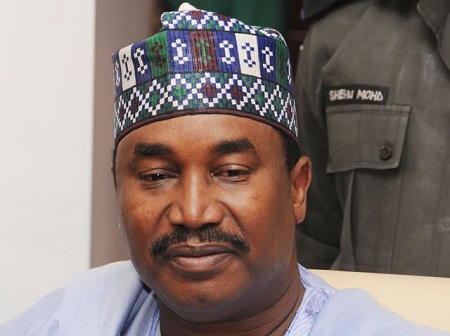 The Supreme Court on Friday affirmed the judgment of Court of Appeal, Kaduna, which authorised the trial of ex-governor of Katsina State, Ibrahim Shema, on allegation of N11 billion fraud.

Mr Shema, who was governor of the state between 2007 and 2011 on the platform of the People’s Democratic Party, PDP, is been tried along side, Sani Makana, Lawal Safana and Ibrahim Dankaba.

Delivering ruling on the interlocutory application, a full panel of the court led by Justice Sidi Bage, held that the Constitution empowered the EFCC to prosecute suspects of graft allegations at federal and state levels.

Mr Bage also held that evidence placed before the apex court had shown that the respondent, EFCC, front-loaded necessary documents along with the charge sheet to the applicants to prepare their defence.

“The action of the ex-governor and the three other applicants cannot tempt the court to over-rule itself.

“The apex court took time to explain the powers of the EFCC to work within both federal laws and penal codes of states in ex-governors’ Joshua Dariye and Jolly Nyame similar applications.

“In the circumstance, the application is dismissed on the grounds that the EFCC has the powers to prosecute anybody found to have committed fraud in any part of the country.

“The panel therefore affirms the judgment of the Appeal Court, Kaduna, delivered on Sept.13, 2017, which mandated the applicants to submit themselves to trial at the High Court of Katsina,’’ he said.

EFCC had arraigned Shema and the three others before Justice Maikaita Bako of the state high court for allegedly defrauding the state during his eight years as governor.

The applicants had approached the apex court asking it to set aside the decisions of the lower courts.

They had challenged the jurisdiction of the trial court and the acclaimed lack of powers of the EFCC to prosecute them for alleged offences committed in the state.

The trial court had fixed February 13 for parties to report to it on the outcome of the Supreme Court decision.