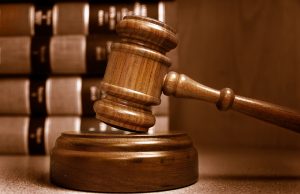 A Maiduguri High Court has sentenced two men to 20 years’ imprisonment over N2,150,000 fraud, the case was presided over by Justice Fadawu Umar.

The culprits, Philip Power and Attah Adoga were guilty on a two-count and sentenced each of them to 10 years’ imprisonment on each count.

He also ordered forfeiture of N160, 000 in the Access Bank account of one Musa Bello linked to the fraud.

“The balance of N160, 000.00 in Musa Bello’s purported account is forfeited to the Federal Government of Nigeria,” he added.

Power and Adoga were prosecuted by the Economic and Financial Crimes Commission on counts of conspiracy and obtaining by false pretence.

Prosecution counsel, Mr Khalid Sunusi, had told the court that the two men were arrested on July 14, 2017, in Maiduguri, following a petition against Musa Bello over the N150, 000 fraud.

Sunusi said that the petition was made by Mr Ali Musa, who said that the men conspired and collected money from him under false pretences.

He said that the convicts told Ali Musa that the money would be used to supply iron scrap to him.

Sunusi submitted that the convicts later requested for additional N2 million from Ali Musa to enable them to deliver the goods, which they did not supply.

The prosecution presented four witnesses and tendered 12 exhibits to support its case.