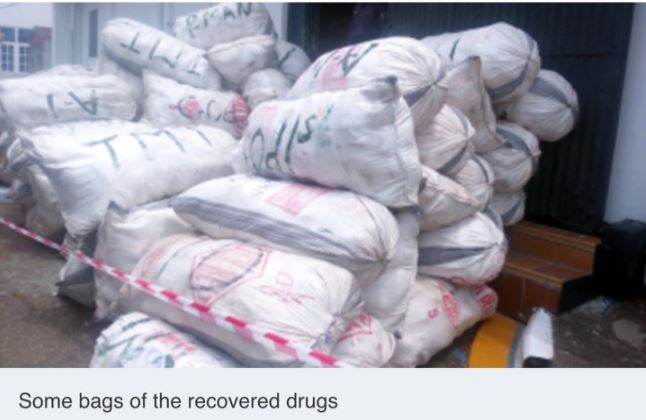 Nearly four months after a Nigerian was executed in Saudi Arabia for alleged drug-related offence, two more countrymen have been killed in a similar manner, sending fears to no fewer than 15 others being detained in parts of the Middle East country.

Prison Sources in Saudi Arabia confirmed to Saturday Vanguard that the two Nigerians, whose names have been given as Ibrahim Ciroma and Maimidu Issah, all from the Northern part of Nigeria, were executed last week.

The prison source said that while one was brutally terminated on Tuesday, the other Nigerian faced the hangman’s noose on Thursday.

The summary execution of the two Nigerians came nearly two weeks after a prison source in Medina leaked the names of 15 Nigerians, who are currently on death row at the Medina Prison, awaiting the long knife any moment from now.

Saturday Vanguard had on January 13 this year, published a Save-Our-Soul letter despatched by the embattled Nigerians awaiting execution in Riyadh to President Muhammadu Buhari and pleaded with him to intervene and save their lives by repatriating them home to serve their jail terms in their father land or be killed at home and given decent burials instead of being killed as cows in a foreign land.

In response, the Federal Government, through the Minister of Foreign Affairs, Geoffrey Onyeama, affirmed the determination of the government to wade into the matter and save the lives of the imprisoned Nigerians in Saudi Arabia.

The Minister promised to dispatch officials from the Nigerian Embassy in Riyadh to liaise with their Saudi counterparts so as to prevent the inmates from being executed.

‘’The Minister of Foreign Affairs has directed the Nigerian Mission in Riyadh to look into the detained suspects’ case urgently,” the Spokesman for the Ministry, Dr. Tope Adeleye Elias-Fatile, said in response to Saturday Vanguard’s enquiry on the matter.

“The Nigerian Government will continue to engage the Saudi authorities in negotiations so that they will not be executed,” the Foreign Ministry assured.

However, more than two weeks after the report was made to the Nigerian Government and with no action coming from Abuja, the additional two Nigerians drug suspects were sent to their early graves.

It was learnt that following the directive of the Federal Government to the embassy in Riyadh to intervene and save the troubled Nigerians from death row, the Nigerian embassy simply requested for the file numbers of the inmates from the prison officials and nothing else was done about it.

One of the suspects told Saturday Vanguard on Friday that an indication that more of the detainees might be executed any moment from now was that their files had been removed from the prison in Medina and its computer system.

“For your information, the removal of the inmate files from the system in Saudi means that the affected persons could be summarily executed any moment from now. Please plead with President Buhari and the government of Nigeria to save us from being killed this wicked way. Delay is dangerous,” the suspect pleaded.