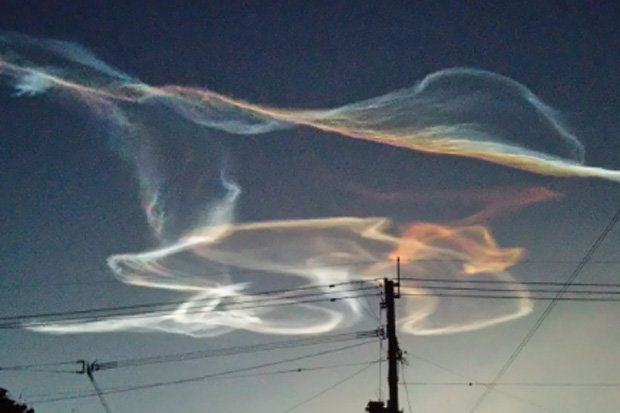 The strange design in the sky

Many witnesses have been left totally stunned and dumbfounded by a bizarre phenomenon that was spotted in the sky over Japan.

Photos of the colourful haze took social media by storm after they were posted on Twitter.

According to Daily Star UK, the strange phenomenon was seen in Kyushu, the most southwesterly of Japan’s mainland islands, sparking some to brand the clouds “God’s graffiti” and “unbelievable”.

It is believed to have been caused by the Epsilon-3 Rocket launch, which took place at the island’s Uchinoura Space Centre.

Express.co.uk said the launch was scheduled for an earlier time, however, was forced to be delayed after weather hit the Pacific coast.

It is understood the unusual occurrence happened because of the moisture linger in the air. 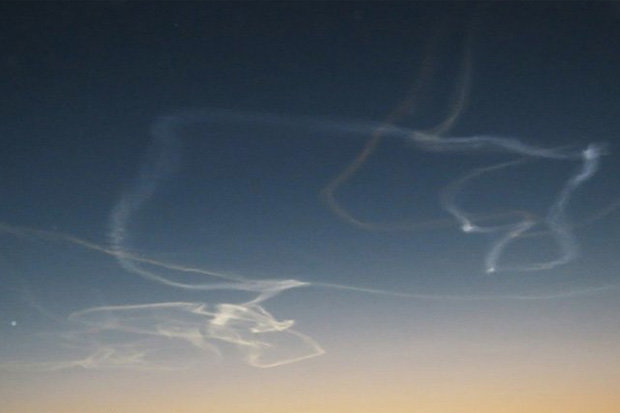 The strange occurrence comes almost one month after California crowds freaked out when a “UFO” was spotted soaring above the US state.

Startled crowds stopped in their tracks when the milky white object flew above Los Angeles in December.

Some even believed the bizarre sight was proof aliens were about to make the first contact.

Another wrote: “Anyone else see that UFO in LA just now?”

But it quickly became clear aliens were not about to land on Earth.

Its mission aimed to send 10 satellites into orbit and the company said it was the fourth flight for long-time customer Iridium.