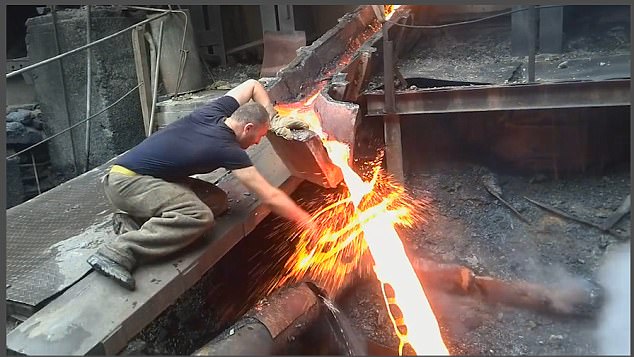 The man put his hand through molten metal

Is this skill or madness? In this remarkable footage a foundry worker can be seen putting his hand straight through boiling hot molten metal.

The clip, taken in Armenia, begins with the man waving to the camera in full protective gear.

Then the welder encourages a steady stream of hot liquid to cascade down a tunnel and erupt at the end in what looks like a waterfall of liquid fire.

Once the current of boiling metal is to the man’s satisfaction he starts removing his protective clothing.

Finally he discards his last piece of protective gear, his gloves, and reveals his bare hand for the camera. 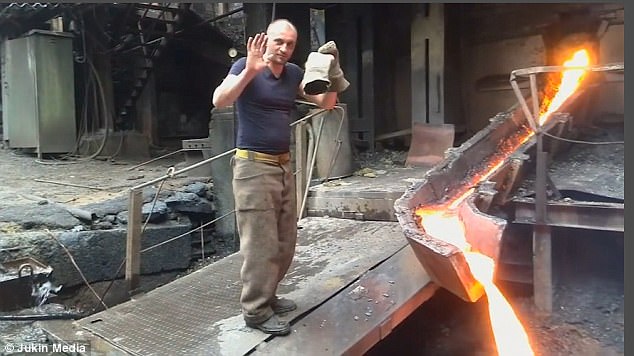 With an unexpected suddenness, the metal worker thrusts his hand under the ridiculously hot liquid and slaps the fluid away – twice.

Miraculously, he is then able to show off his uninjured hand at whoever is filming.

After another couple of slaps at the burning liquid the man reveals his perfectly unscathed hand in a close up during the clip.

The footage ends with the daredevil man coming towards the camera and giving a big thumbs up after his outrageous stunt.