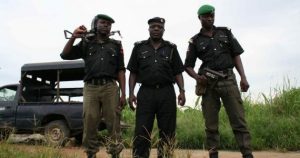 A 46-year-old woman was taken into custody in Germany on Wednesday after the police found bodies of two babies in a freezer in an apartment in the town of Benndorf.

However, police would not comment on where the infants were discovered.

The police said the woman’s ex-partner had notified officials of the babies adding that they assumed that the bodies had been in the area where they were found for a long time.

They said that it was initially unclear how the infants had died but that a criminal investigation would now be launched into the deaths.