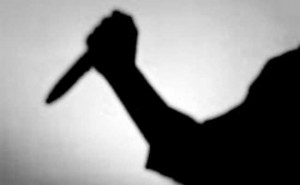 A health worker, identified as Yewande Gbadebo, has been arrested by the Ogun State Police Command for allegedly using a hot knife to inflict injuries on the body of her 17-year-old housemaid.

The mother of two, who resides in Imala community in Abeokuta, was said to have accused the victim of eating bread belonging to her without approval.

Ms. Gbadebo who works at Community Health Centre in Erunbe located in Abeokuta South Local Government Area of the state, was arrested after the alleged crime was reported to the police by the Committee for Defence on Human Rights, CDHR, Ogun State Chapter.

The CDHR said following a tipoff, its Chairman, Olayinka Folarin, in company of another official of Child Protection Network, CPN, on Wednesday traced the suspect to her shop in Iberekodo area of Abeokuta.

The committee then resolved to hand over the maid (victim) to the police, a development which led to the arrest of the suspect.

She was subsequently taken to the anti-human trafficking unit of the police command where she reportedly confessed to have committed the crime.

The victim, Janet, an indigene of Benue State, said she had been staying with the suspect for over three years but was not allowed to go to school or learn a trade.

Meanwhile, the suspect reportedly told her interrogators that she used a hot knife to threaten the victim, and did not intend to injure her.

Ms. Gbadebo who is a beneficiary of the federal government’s N-Power scheme reportedly confessed to the police that she got the maid through a suspected child trafficker in Osogbo town of Osun State

When contacted, the command public relations officer, Abimbola Oyeyemi confirmed the incident. He said the suspect would be charged to court as soon as possible.