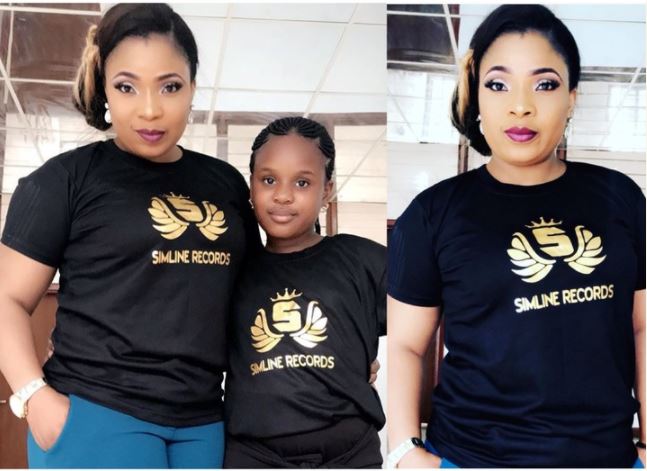 Laide Bakare and her daughter

Nollywood star, Laide Bakare has joined the growing league of folks who have delved into the music business from the neighboring movie Industry.

The popular Yoruba actress has launched her new record label which she announced on social media.

The light-skinned actress who posed with her daughter in her record label vest, in her press release stated that this move wasn’t done overnight and has been a long term ambition of hers. Announcing the new Simline records on her social page, Laide wrote;

“YES WE ARE HERE DA BOSS (SIMLINE INTERNATIONAL ) I don’t just talk , I make moves   NOW ITS MADE, READY TO RULE THE WORLD     MAKING AND SPENDING   MONEY   WE ARE OPEN SERIOUSLY FOR BUSINESS  #laidebakare #anticipate”