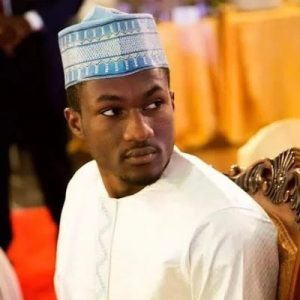 Six days after the son of President Muhammadu Buhari, Yusuf Buhari was involved in a bike accident, armed policemen and officers of the Department of State Services have been constant watch of the President’s son.

A check at the hospital on Sunday around 8pm revealed that the policemen had been joined by officials of the Nigeria Security and Civil Defence Corps as well as officials of the Federal Road Safety Commission.

Three FRSC vans and one NSCDC van were sighted at the entrance of the Sam Mbakwe Street, giving an indication that these officials might also keep a vigil at the hospital.

A source on the ground of the hospital hat it was sure the policemen and other officials would welcome the New Year at the hospital.

“You can see that we are all here till the New Year comes. This is a top national duty too. Almost every Nigerian now knows the President’s son is sick and admitted here. We wish him a quick recovery,” the source said.

Yusuf Buhari was rushed to the hospital after having a power bike accident in the Gwarimpa Estate area on Tuesday and sustaining a head injury, which made him undergo a surgery.

Although the President’s spokesman, Mallam Garba Shehu, had said Yusuf was in a stable condition and recuperating, the President’s son had now spent six days at the facility and there were speculations that he might be flown abroad for further treatments at any time soon.

Many top government officials had been visiting the hospital and wishing the President’s son a speedy recovery, while several groups had organised prayers in different locations across the country for his recuperation.