Home Trending Yusuf Buhari Set To Be Flown To Germany For Treatment For His...
Facebook
Twitter
WhatsApp

The President’s son, Yusuf Buhari who sustained brain injury after he was involved in an accident while driving his motorbike in Gwarinpa, Abuja is to be transferred to St Josefs Hospital in Wiesbaden, Germany.
According to Reporters, he will be accompanied by his mother, Aisha Buhari, his sister, Mrs. Halima Buhari-Sheriff, the personal physician to the first lady, Dr. Kamal Mohammed and three other aides. 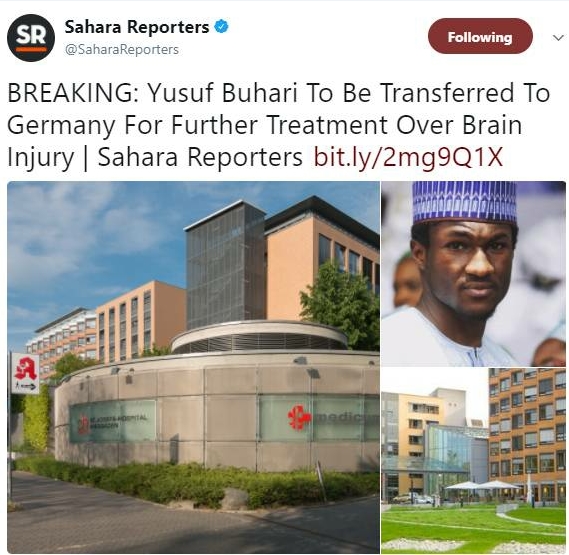 Medical sources report that Yusuf has remained largely unresponsive to treatment at Cedar crest Hospital where he was first taken after the bike accident in that occurred in December last year.