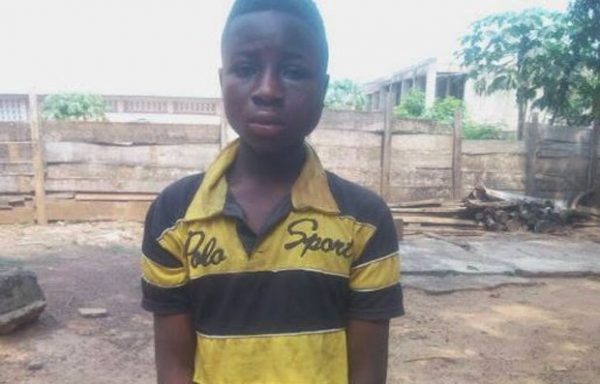 Emmanuel Gyan, a student from high school in Ghana is currently in police custody for beating his mother to death before trying to burn her for ‘losing’ the memory card for his phone.

The incident happened in Sefwi-Wiawso District in the Western region of Ghana. Emmanuel is 17 his mother is 52. He is alleged to have beaten her over the head many times with a pestle before following up with a naked flame to burn her.

Emmanuel was carried to the police station by his own father.

Gyan had accused his mother of taking his memory card and when she denied he became enraged and attacked her with a pestle hitting over the head till she died.

Her body has moved to the Bibiana government hospital mortuary and was waiting for an autopsy.