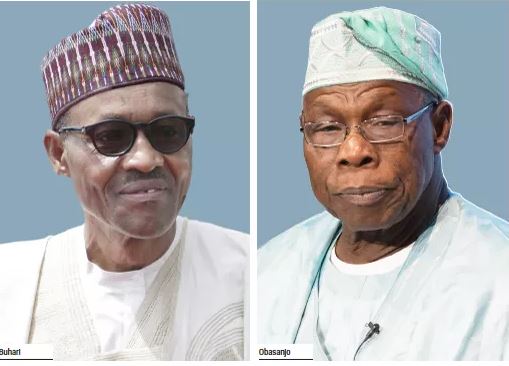 Former President Olusegun Obasanjo will, today, launch an offensive against President Muhammadu Buhari as he launches the Ogun State chapter of Coalition for Nigeria (CN) movement in Abeokuta ahead of the 2019 general elections.

This is coming as associates of the former president yesterday launched the movement designed as a special purpose vehicle to wrestle power from the mainstream political parties in the country.

The new movement, which was unveiled at the Shehu Yar’Adua Centre in Abuja, saw the coming together of prominent politicians from across the political spectrum.

Former Governors Olagunsoye Oyinlola (Osun) and Donald Duke (Cross River) were among many notable politicians that converged for the new movement.

The movement came barely one week after Obasanjo lashed out at President Buhari, asking him not to seek re-election in 2019 on account of his poor health and dismal performance in the last three years.

In a special statement titled, “The way out: A clarion call for Coalition for Nigeria Movement,” the former president had also declared that neither the ruling All Progressives Congress (APC) and opposition Peoples Democratic Party (PDP) could lead Nigeria to the promised land.

Obasanjo recommended the coalition as the solution to the nation’s leadership crisis, saying: “We need a Coalition for Nigeria, CN. Such a Movement, at this juncture, needs not be a political party, but one to which all well-meaning Nigerians can belong.”

Obasanjo’s media aide, Kehinde Akinyemi, confirmed the planned launch of the Coalition for Nigeria in a terse text message yesterday.

Akinyemi, who described Obasanjo as the “chief convener,” disclosed that registration for the movement will be free at the state secretariat of Nigeria Union of Journalists (NUJ), Oke-Ilewo, Abeokuta.

But yesterday in Abuja, the “Third Force” crystallized with the Acting Chairman of the CN, Chief Olagunsoye Oyinlola, saying the coalition is a movement whose mandate is to salvage Nigeria from bad governance.

Oyinlola, a former National Secretary of the PDP, said that the country was drifting into extinction until Obasanjo woke everyone up from slumber through his celebrated letter.

“Every sensible person must know that there is trouble ahead unless something urgent is done… We feel it is a shame if we all fail to use the powers of democracy to fight and defeat this evil,” he said.

According to him, the movement would provide equal platform for Nigerians, especially women and youths. He said the movement will be led by the youth while the elders will only provide guidance.

Oyinlola disclosed that he was still a card-carrying member of the APC, but noted that there was a big difference between a movement and a political party.

The former governor said though the issues raised in the Obasanjo letter were true and should be looked into, the launch of the movement was not meant to legitimise OBJ’s legacies.

The former governor said he and other notable Nigerians believed that the leadership of Nigeria should be given only to those who really have the genuine interest of the country at heart.

Oyinlola said the time is now for youthful politicians and other youth leaders across the country to take their destinies in their own hands and save Nigeria from collapse.

He said: “We are forming the movement to give the youth the chance to savage the country. We, the elders will only provide guidance. We will be doing these together to salvage Nigeria from total collapse.

In his remarks, Duke said politics in Nigeria had not produced the desired results because sincere politicians were few in the country.

“What we have are those who just want to get to power, and they need just any political party,” he said.

The former Cross River governor called on the youth to join the movement and rescue the country while assuring that the youth, and not the old politicians, would be the leaders of the movement.

The movement, according to Duke, seeks to promote and ensure socio-economic development, growth social justice. He said: “We have seen the dire consequence of oil in our nation. Forget about the story that we are the largest economy in Africa; it is an imagination of numbers. There are so many people in Nigeria and even if we are doing nothing, it will still be the largest economy. But in terms of productivity, we are nowhere.

“We are also aware that a new generation is at the vanguard of taking over. While our generation is stepping back, the new vanguard will lead. We will step back and perhaps guide and share our experiences which will serve as a guide to the younger generation,” Duke said.

A former political associate of President Buhari and former National Secretary of CPC, Buba Galadima, explained that the movement was not a political party, but a movement put together to salvage Nigeria.

He said: “It is not a political party. It is a movement being put together to salvage our country from the verge of disintegration.

“We have a President that seeks to be re-elected. Are you saying that this movement will support the quest?

“If that President wants to be re-elected, then he can show us empirical evidence that he has performed in putting infrastructural development in the country; that he has put food on the table, and that he has managed to unify this country, then we will all be prepared to vote for him. But if those indices are not available, then he does not deserve a second term.”

The Coalition for Nigeria Movement is a movement that seeks to promote and ensure socio-economic development, improvement, growth, social justice, egalitarianism, cohesion, cooperation, equity, equality of opportunity, transparency, societal order, rule of law, human security and human rights leading to national unity, good governance and general well-being and welfare of all citizens and inhabitants of Nigeria, a statement released by the group said.