Many a woman will mentally kill me for this but, guys; this is for you.

Do you have a woman who loves you but has the nick name; ‘snoopy’. And you’re quite the faithful catch. what to do when she is caught snooping? But note: She might not trust you as much as you think: 1 in 10 women admit to spying on their husband’s emails and text messages, according to a survey of 1,000 married people from One Poll, a research company in the U.K. It may shock you to know that in fact, 1 in 20 women have gone as far as downloading secret tracking software to their husbands’ phones (Although, to be clear, men are guilty of snooping, too.). So what if she’s digging through your old texts or browser history? And what should you do about it? Here’s what you need to know. 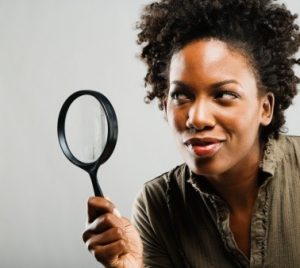 What Should You Do If You Catch Your Partner Snooping?

You might be thinking: “It’s not a big deal, because I have nothing to hide.” But that’s not necessarily true. What she finds (or fails to find) isn’t the problem, says Hokemeyer, because eventually she’s going to come upon something that could be placed out of context.

If you catch her in the act, use this response: “To be honest, I’m pretty devastated you don’t feel you can trust me, and had to go to these lengths to dig up evidence to prove I’m not what I claim to be.”

Then pause and ask calmly: “Why didn’t you just come out and ask me?” suggests Hokemeyer.

Ask her where her feelings of distrust are coming from, says Hokemeyer. All snooping is toxic to a relationship, so state firmly and clearly that it shouldn’t happen again by telling her “This isn’t acceptable.”

If you feel like talking through her feelings isn’t getting you anywhere, you should consider couples therapy, says Hokemeyer. If the snooping gets pervasive and she continues to do it again and again, it will cause never-ending conflict between both of you.

Set a time frame for how long you’re willing to try and work through it, says Hokemeyer. If you can’t rebuild trust and respect between one another within six to nine months, chances are you’re better off ending it than putting up with it.

One caveat: If her snooping caught you cheating, don’t shift the blame on her for doing some digging—and definitely don’t continue to deny it.

Own the truth, says Hokemeyer, then listen to her and respond to her feelings.