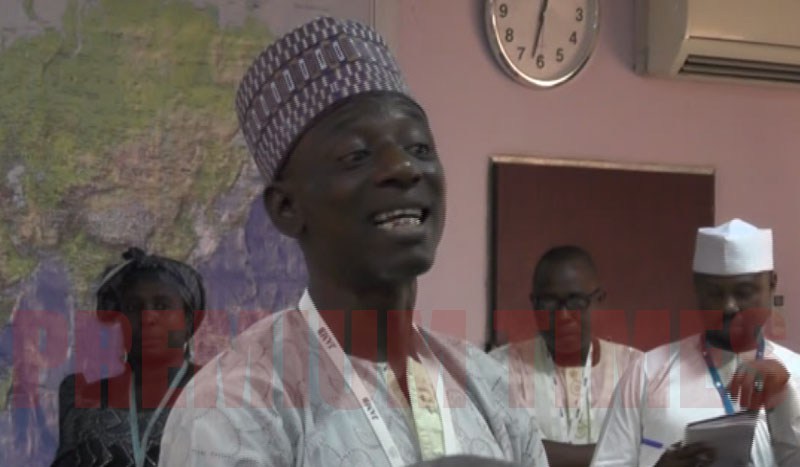 A new report by Premium Times reveals that only a few days after the bizarre report that a snake ‘swallowed’ about N36 million from the Joint Admission and Matriculation Board’s vault in Benue State, another state co-ordinator of the board in Nassarawa state has come up with a rather strange story to back an alleged fraud.

This time, JAMB staffer, Labaran Tanko, said his car got burnt and in the process scratch cards worth N23 million were destroyed in the inferno.

However, not impressed, as in the case of the Benue saga, the board, reacting through its registrar, dismissed Mr. Tanko’s claims.

A few days ago, a JAMB sales clerk, Philomina Chieshe, had told JAMB registrar and his team who conducted on a fact-finding sessions on alleged fraud at the Board, that she could not account for N36 million she made in previous years before the abolition of scratch cards by the organisation.

In the course of interrogation, Ms. Chieshe confessed that her housemaid ”connived with another JAMB staff, Joan Asen, to “spiritually” steal (through a snake) the money from the vault in the accounts office.

In the case of Mr. Tanko, the board said after a thorough investigation, it discovered that the cards which reportedly burnt alongside Mr. Tanko’s car were used by students in Nassarawa state to register.

It said this was easy to discover through simple checks done by its officials.

Mr. Tanko, who made this confession at a session where suspects of fraud and criminality were interrogated by top officials of the board, including Registrar Ishaq Oloyede, however stood by his claim.

“I thank God that I am alive today,” Mr Tanko told the panel. “I had an accident on July 3rd 2016. I was not the one that packed the cards because I was rushed to the hospital, and they came to pack the burnt scratch cards to the office but it could not be counted. I have the serial numbers of the cards.”

Until Mr. Oloyede’s took over as registrar, JAMB candidates usually purchased scratch cards from JAMB state offices and other designated centres to gain access to the board’s website for either registration or to check their admission status.

However, new reforms introduced by Mr. Oloyede, when he assumed office in 2016, ended the use of scratch cards, replacing it with a more efficient and effective platforms.

The board also gave reasons why Mr. Tanko’s defence was untenable.

“Every (member of ) staff who has scratch cards in their possession must have the serial numbers. We found out that the cards you claimed got burnt were used despite the police report you presented to us and for JAMB, that is N23 million of government money,” the registrar said during the session.

He also said the suspect, just like the lady indicted in Benue would be handed over to the police once the board has concluded its own in-house investigations.

“Those that we want to transfer have been transferred to the (board) headquarters until they account for the missing funds. But those we believe are ‘beyond us’ will be handed to the police immediately,” Mr Oloyede said.

In a separate reaction when Premium Times approached the spokesman of the board, Fabian Benjamin, he outlined steps taken by the board on the matter.

“All the suspects have been suspended by the board. In Tanko’s case, the committee has already written a report which the management have sent to the (Education) ministry. Once it is approved, it will be done,” Mr. Benjamin said.

He also said the board will monitor with careful scrutiny how staff entrusted with sensitive responsibilities handle government funds henceforth.

“The fight against corruption by the board was given a boost by the recent visit by the Chairman of the Economic and Financial Crime Commission, EFCC, Mr. Ibrahim Magu. Given the kind of commendation by Magu and the confidence reposed in the management of the Oloyede-led board, we would have no option than to continue to do more,” Mr Benjamin said.