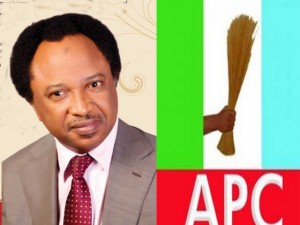 Recall that Babangida’s spokesman, Kassim Afegbua in a statement issued on Sunday, February 4, allegedly on behalf of the former president quoted him as saying that President Muhammadu Buhari should step aside after 2019.

In a tweet on Sunday, February 4, Senator Shehu Sani stated that the first version where Babangida allegedly asked President Buhari not to contest in 2019 was the real statement.

He tweeted: “The first statement carried the real message. The counter-statement was simply a phase in the drama.

“The message was fully delivered while the recipient and the audience were left in suspense. It’s a bullet shot with flowers.” 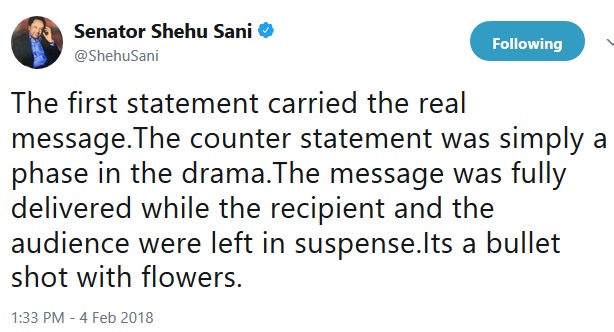