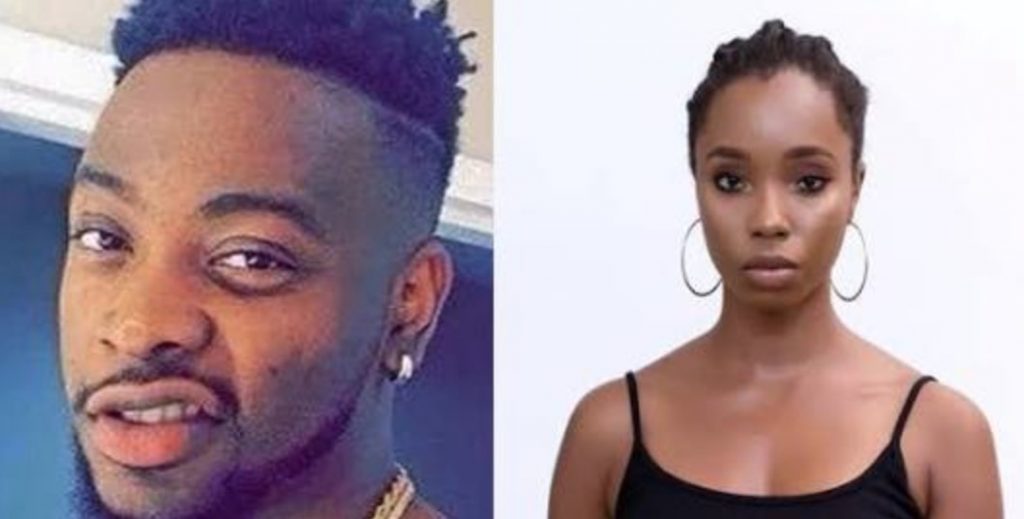 Big Brother Naija 2018 housemates, BamBam and Teddy A were on Sunday night caught having sex.

This is coming after Miracle had accused all housemates of having sex, noting that it was the reason for the missing condoms.

However, viewers have questioned the video of bambam on top of Teddy A seen online after light out, suggesting they had sex.

While some are of the opinion that they had sex, others argued that they were just touching each other.

Here are some comments:

@sexymuna “They have bleeped and I’m sure you are there dying in shame, you guys never expected it

@harveypel “Teddy n bambam are already asleep, but I can see the duvet running an autonomous operation

@foreverarmani “Bamteddy having their clothes on doesnt mean they didnt have sex… dey re under the duvet, are u seeing down there? No… If its like that, Nina and Miracle didnt have sex. Period

@angie “For Mina the other housemates even witnessed it.facial expression n waist movements were evidence.u n I knw this video of bamteddy circulating is false accusations.

@deeyune “Me i don’t know why #BAMTEDDY having sex or not should be my own problem or what I want to fight over, I don’t care all they do,I don’t even care watching the show anymore. all I want to do is to vote for both whenever it’s time to vote.

@ “It’s sweet to dish poo out to other people but you cannot take it. Bamteddy had SEX last night and that is it. NOTHING y’all gonna do bout it

@thyzeek “If they don’t want to do it, why is Bam Bam topless and Unclad on top Teddy. This people too fake and camera conscious

@sexymuna “They just finished having sex #bambam and she went to clean up. Hope y’all saw what she is wearing for easy penetration.”

@shinemuni ” Both BamTeddy had their full cloths on. How can you say they had sex. How can you have sex with your cloths on. Bambam visited the washroom right after that full duvet covering them and both their cloths were on.

@bbnaijafanpage “Its a lie, bambam did it after she came back from the wash room, they are still on top of each other. Common don’t defend whats not it