Home News Feed BBNaija: I Told My Boyfriend I Could Cheat On Him In The...
Facebook
Twitter
WhatsApp 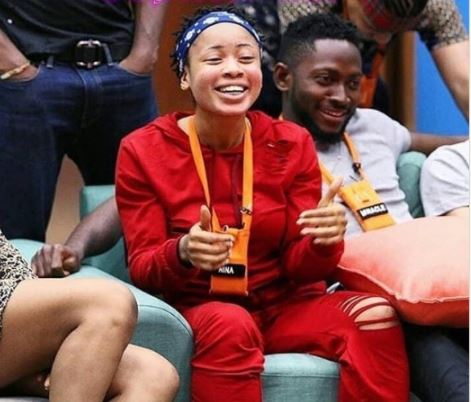 The two housemates, Nina and Miracle, are arguably one of the most admired couple in the reality show, Big Brother Naija, with a strong fan base to back them up.

They were even reportedly the first pair to share a romantic kiss in the house. While their relationship continued to stir up talks on social media due to the fact that Nina stated in clear terms that she had a boyfriend, the ‘Mina’ pair have continued to wax stronger despite being separated and paired with other housemates in the much talked about reality show.

She however, has come out to reveal that her boyfriend was fully aware that she would get romantically involved with someone in the house since she had told him there was a possibility she could cheat.

In a conversation with her fellow housemates, she said: