41-year-old Chadwick Boseman who is the lead actor in Marvel Studio’s Black Panther is the cover for the latest issue of the Rolling Stone Magazine.

Chadwick opened up on his role in the movie, owing to his blackness, playing the superhero and more.

With regards to the movie, he said: “The money and manpower it takes to create this entire African world – it’s a huge production”.

On owning his blackness, he said “The film’s blackness is inseparable from its appeal. Some [black] actors will say, ‘I don’t want to play a character’ just because he’s black”. He believes that the actors who reject movie roles because they have to play the role of a black person miss all the richness that has been whitewashed.

‘Black Panther’ is a movie that appeals to the world at large because it picks up the black identity that has been set aside for so long and projects it in the positive light. 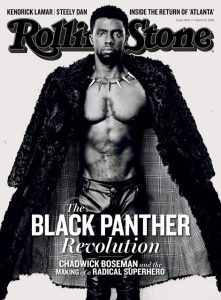 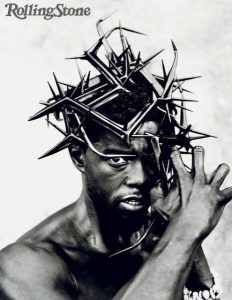