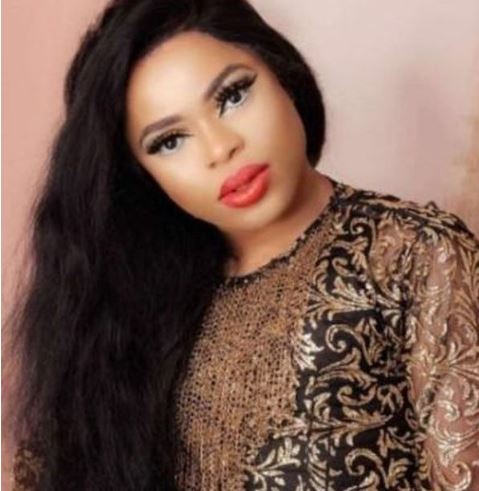 Bobrisky took to SnapChat to narrate his ordeal in the hands of the man he actually intended to help, but who ended up harassing him and claiming they would waylay him at a corner and rape him.

Read what he wrote:

“I woke up this morning still upset about what took place last night. We used to raise men, but now-a-days there seems to be more “animals” roaming the streets. I want to say that I was shocked by the actions of those two “animals,” or by the bystanders, or by the staff and security of @theplacelekki who said and did nothing; but I wasn’t.

I wasn’t even shocked by the females who were there laughing and telling me that “what is small pressing yansh?” We as Nigerians have become so numb to the injustice and harassment that befalls woman everyday in this country.

Even when it is directly in our face we laugh it off or shift blame. Thanks to the few good men like @djspinall and @luskimayana that we still have left. Nigerians have to do better. I don’t know these “animals” at all, but they thought it was their “right” to grab my ass. It was not, but it is my right to speak up. As it is every woman’s right. Don’t let their ignorance silence you. #KOlaKronicles #Kueening #JourneyToHappy”

Bobrisky in his reaction advised ladies to always move around with pepper sprays, acid and any other item they can defend themselves with. He claims most men are also just like animals and they need to be taught some serious lessons by ladies.