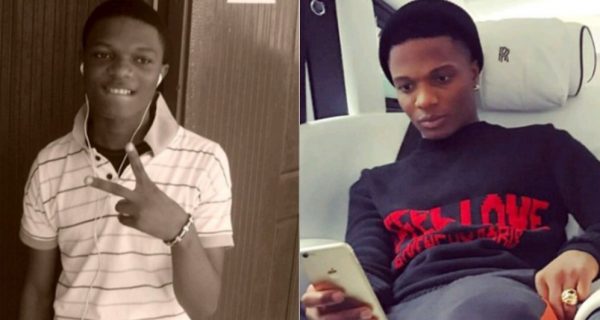 Nigerian superstar, Wizkid, took to his social space to reveal once again to his fans that he was born broke and also boast to die wealthy. 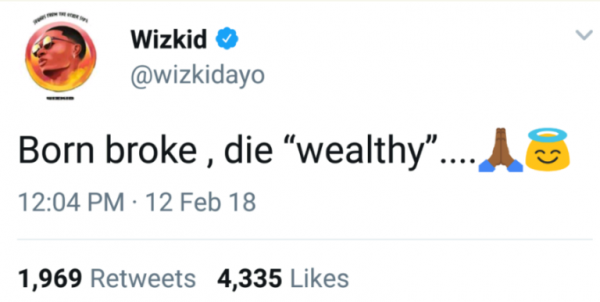 The ‘MANYA’ crooner, via Twitter, shared the picture above and wrote;

The talented singer comes from a large family and is the last of six children.

Wizkid started singing at age 11; he sang in his church’s choir and released a 7 track album entitled “Lil Prinz”.

oreover, in 2006, Wizkid collaborated with Naeto C and Ikechukwu prior to rising to stardom.

In 2009, Wizkid became a household name within Nigeria’s musical landscape; he was featured on M.I’s “Fast Money, Fast Cars”, and Kel’s “Turn by Turn”.

Wizkid was featured on Banky W’s album, The W Experience, after getting signed to Empire Mates Entertainment.

Wizkid began recording songs for his debut album, Superstar, several months prior to the June 9, 2011 release.