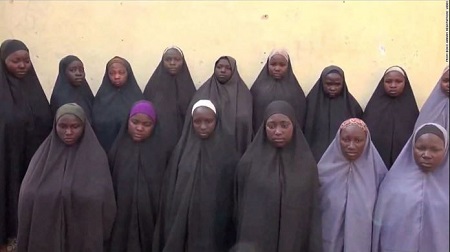 The convict, whose left arm and left leg are crippled, was convicted for being a member of the proscribed Boko Haram terrorist group and participating in the abduction of over 200 schoolgirls in Chibok, Borno State, in 2014.

Yahaya had on Monday pleaded guilty to the two counts preferred against him by the Federal Government but pleaded for mercy, saying he was forcefully conscripted into the terrorist group.

But the judge who sat in one of the four special courts established by the Federal High Court to fast track the trial of over 1,000 suspects said the court was “not fooled” by Yahaya’s story.

The court noted the convict was “using the misfortune of his handicap to draw sympathy”.

The judge, therefore, ruled that the 15 years sentence passed on the convict who had been in detention since 2015 would commence counting from Monday.