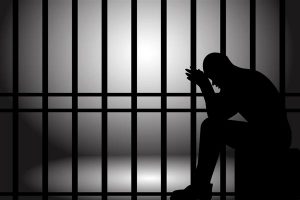 A truck driver, identified as Olajuwon Ariyibi, has been remanded in prison by a chief Magistrate’s Court sitting in Owo, for allegedly killing two pastors at Ipele, in the Owo Local Government Area of Ondo State.

The 42-year-old driver allegedly killed the two pastors, Adebayo Oluwasina and Ajenifuja Sunday, who were primary school teachers in the state with his truck while the deceased were on a motorcycle on Monday.

It was gathered that the men were killed due to the alleged recklessness of the driver.

The accused was arraigned on two counts of dangerous driving and manslaughter.

According to the police prosecutor, Sergeant Edu Owolabi, the offence is contrary to and punishable under Section 18 of the Road Traffic Laws, Cap. 136, Vol. 3, Laws of Ondo State of Nigeria, 2006.

However, the accused pleaded not guilty to the charges.

The defence counsel, Mr. Aderemi Adetula, prayed the court to grant him bail, but the magistrate, Mr. Sunday Adedapo, turned down the request.

The magistrate said the court would rule on the bail application on the next adjournment.

He ordered that the accused be remanded in prison and adjourned till February 8, 2018.