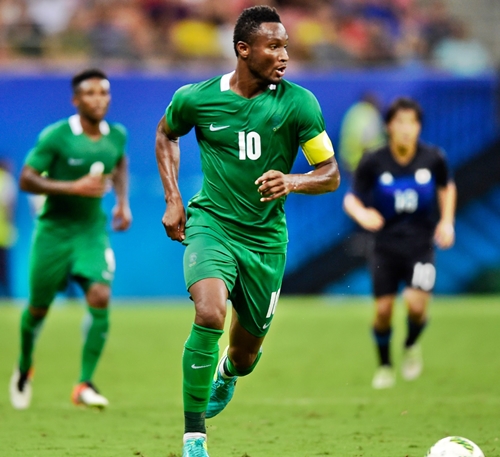 Former Chelsea midfielder, John Mikel Obi is confident the Blues can still qualify for the quarter-finals of the UEFA Champions League despite playing a 1-1 draw with Barcelona in the first-leg round of 16 clash at Stamford Bridge last Tuesday.

Willian scored Chelsea’s opener before Lionel Messi’s strike 15 minutes from time gave Barcelona an away goal advantage ahead of the second leg at Camp Nou.

Super Eagles captain, Mikel believes Chelsea can replicate their 2012 semi-final heroics where they came from two goals down to draw 2-2 at Nou Camp to reach their second UEFA Champions League final 3-2 on agreggate.

“I played for Chelsea for 11 years and that comeback I will remember for the rest of my life,” Mikel told Tianjin Today’s Evening News.

“Obviously I will continue to support Chelsea as always and hopefully they will go through into the next round.

“I believe they will knock out Barcelona on their own ground, just like we did in 2012.”

The Blues, under interim manager Roberto Di Matteo, then went a step further by defeating Bayern Munich at the Alianz Arena [also their own ground] to lift their first and only Uefa Champions League trophy.