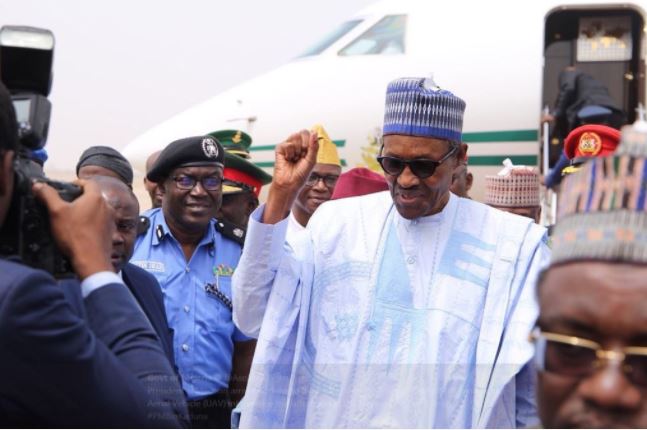 President Muhammadu Buhari’s launch of surveillance Unmanned Aerial Vehicle, UAV, produced locally by the Nigerian Air Force Institute of Technology is already generating controversy over the claim that it is the first indigenous UAV, whereas former president, Goodluck Jonathan was said to have launched the same invention in December, 2013.

Buhari, had while inducting the unmanned aerial vehicle christened TSAIGUMI, in Kaduna, on Thursday, said, “It is a pleasure to be here with you all for the induction of the Nigerian Air Force Unmanned Aerial Vehicle, ‘TSAIGUMI’, Nigeria’s first indigenously developed Unmanned Aerial Vehicle. The significance of this accomplishment as a milestone of national technological development cannot be over-estimated”. 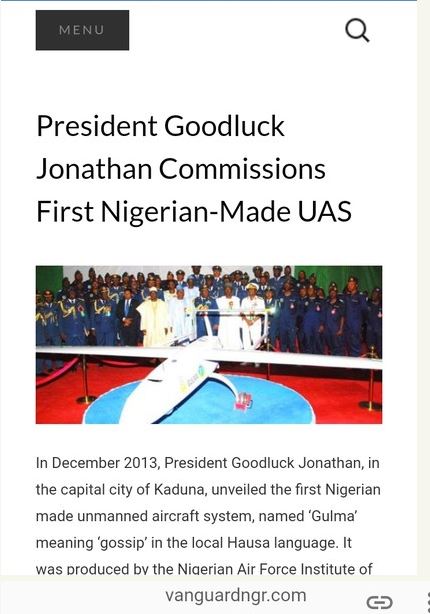 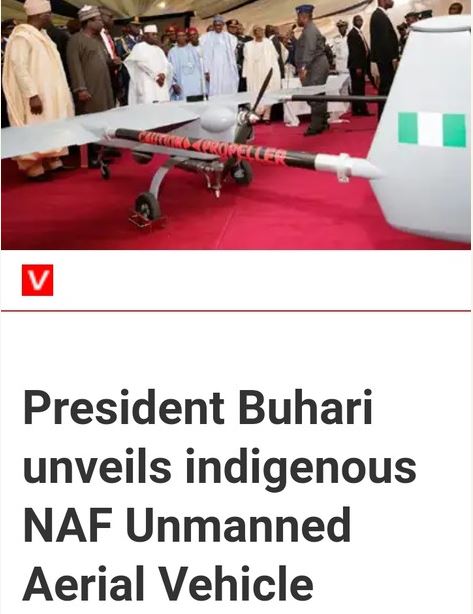 Since the news broke, there have been speculations that TSAIGUMI is the same UAV which the then president Jonathan commissioned in 2013.

DAILY POST had on December 18, 2013 reported that Jonathan in Kaduna unveiled the first Nigerian made unmanned aerial vehicle, UAV, named GULMA which was built by the Nigerian Air Force in Kaduna.

In his speech at the unveiling ceremony, Jonathan said at the time that as Nigeria continues to witness breakthrough in technology at various sectors, it was imperative to appreciate the fact that Nigeria has potential to do great things, charging Nigerians to continue to explore all available areas that could take the country to greatness.

The Peoples Democratic Party, PDP, in its reaction described the commissioning as a shameful act as its National Publicity Secretary, Kola Ologbondiyan wrote on Twitter, “It’s a shame that same project former President GEJ commissioned in Dec 17th 2013 is the same project (first unmanned drone ) that Buhari is recommissioning and the @APCNigeria apologists are celebrating this Shameful act.”

Clarifying the issue under contention regarding the drone, the spokesman of the Nigerian Air Force, NAF, AVM Olatokunbo Adesanya told Dailypost on Friday that the UAV commissioned yesterday by Buhari is the first indigenous operational drone.