Buhari in a statement on Friday confirming the abduction of the girls described the situation as a national disaster while assuring parents of safety of their wards.

“I want to live in a world where the lives of the #DapchiGirls are held to be just as important as those of kids in other places.

“A world where everyone is talking about schoolgirls being stolen by terrorists. Is that too much to ask ?Nigeria..” 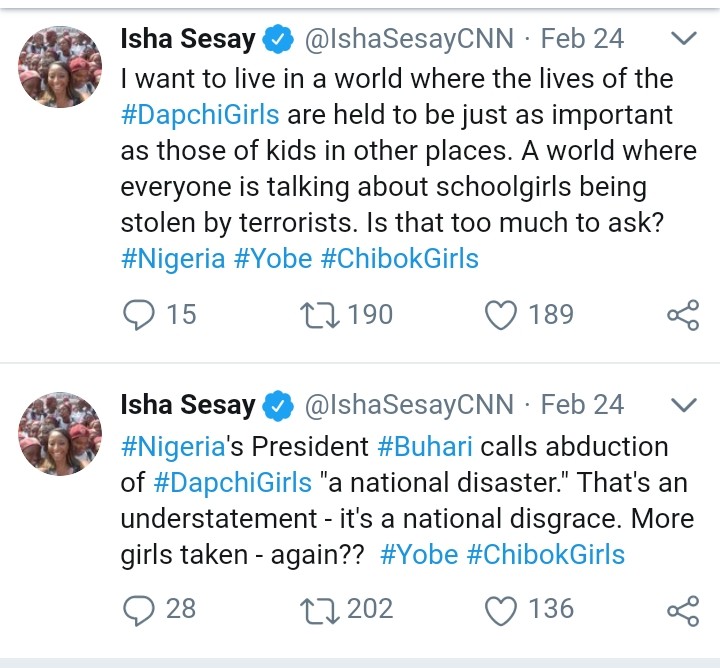 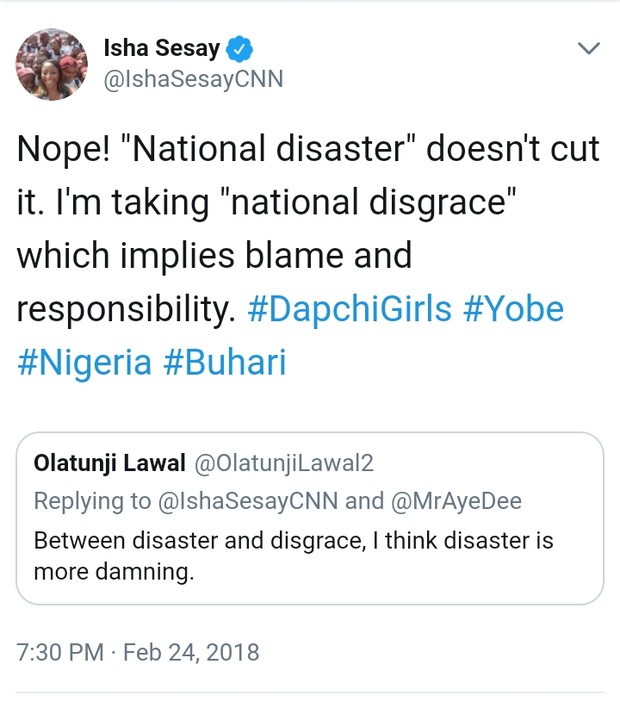