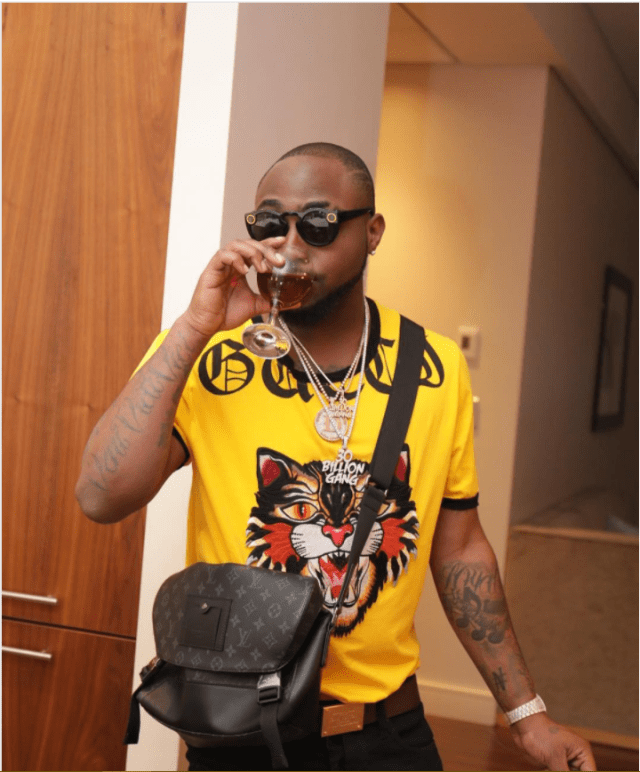 So, Davido was on his own jejely, when some strange persons sent him a picture of her bare butt via his whatsapp…

….and the DMW Boss felt it was necessary to take a screenshot and share the screenshot on his snapchat account.

The singer captioned the screenshot, “Mistake kor. Lmao”, mocking the fact that the sending claimed it was a mistake after he questioned the person’s identity. 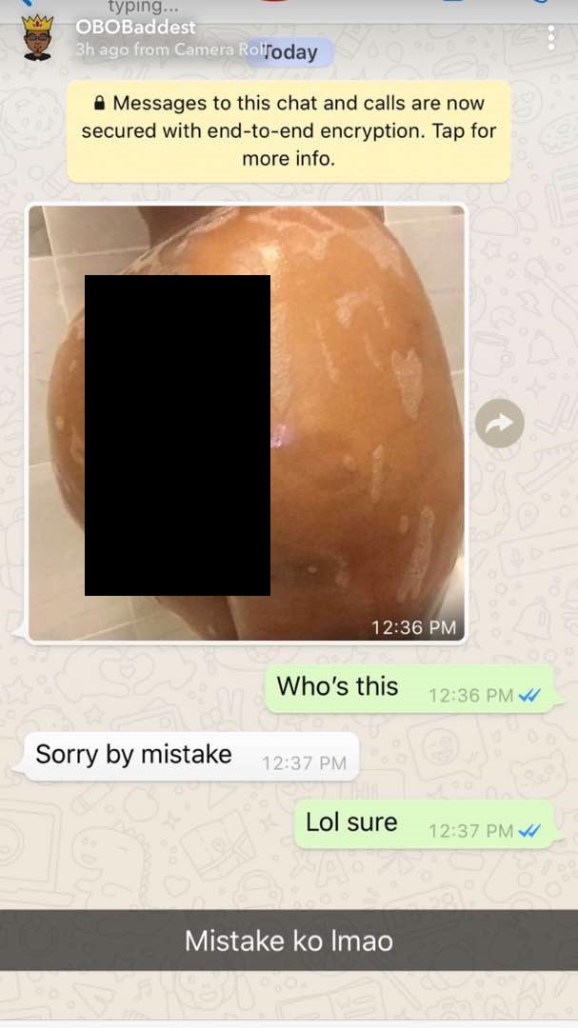