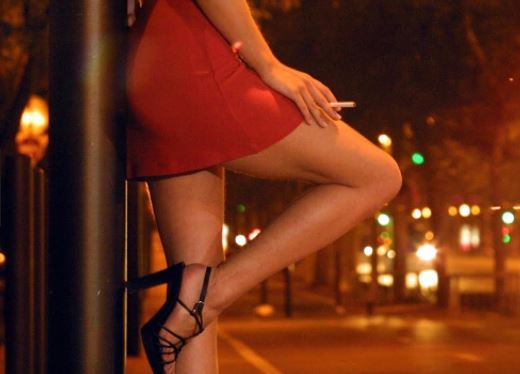 A 32-year-old man identified as Ifeanyi Akpor in Asaba, Delta State is currently lying critical ill in one of the private clinics after he was allegedly beaten to stupor and forced to drink water used in washing private part by group of commercial s*x workers.

The incident it was gathered, occurred Sunday evening at the popular Cable Point Joint Asaba where hundreds of commercial s*x workers eke out a living for themselves.

Eyewitness said the victim, who was rescued by security agents, frequents the brothel where he allegedly makes love advanced to any available s*x worker in sight, and most cases don’t pay.

But this was not to be as the fateful Sunday turned out to be the worst moment in his life after he attempted not to pay the lady (name withheld), a mother of two children failed. Expectedly, the victim was said to have approached the sex worker for a round of s*x and was given a bill of N3, 000, which he obliged, and paid.

It was learnt that the first-round agreement allegedly terminated in a twinkle of an eye, but the victim pleaded for extra rounds, and a bill of N6, 000 was given to him. While his intercourse with the woman lasted, the commercial s*x worker became uncomfortable with his action, especially his purported refusal to ejaculate, thereby pushing him off her to the ground.

Sources said the victim allegedly struggled to have his way, but met a brick wall. He got angry and vowed not to pay the N6, 000.

The eye witness said that the prostitute engaged the man in a shouting match that attracted her “colleagues” to the scene where the victim was forced to drink the water.

Police officers at the “A” Division who did not want their names in the print, confirmed that the matter was being investigated, adding that the suspect and her cohorts were quizzed before granted bail.

Speaking to our reporter from his sick bed, the victim who claimed to be a trader at the popular Ogbeogonogo market in Asaba, said: “The suspect breached our agreement, when I insisted I must complete s*x, they all beat me up and forced me to drink water used in washing their private parts.Since then, I took ill and began to have running stomach”.