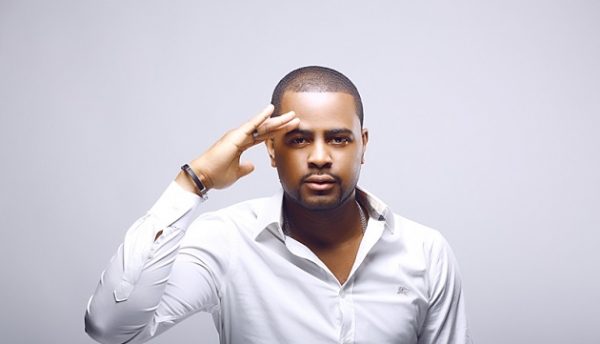 Just after ‘Black Panther’ entering its second week of screening in cinemas, with many positive reviews keep popping out day after day, with people pledging their allegiance to the fictional African country Wakanda, Nigeria’s Superstar DJ Xclusive feels otherwise about the movie.

According to DJ Xclusive who acknowledged that the movie production was lit and the actors delivered, however the movie is overrated.

The production for black panther is amazing…..the cast did well but there’s just something about the movie that makes it abit overrated

The great thing about black panther was th production, the cast trying to speak/sound African, but fight scenes…not impressed and the story line was cliche.. I actually preferred the villain to the main actor. #BlackPanther

The final fight scene between the king and his cousin (the other panther guy) wasn’t great… I expected a serious showdown… seeing as he lost the first battle with the guy. 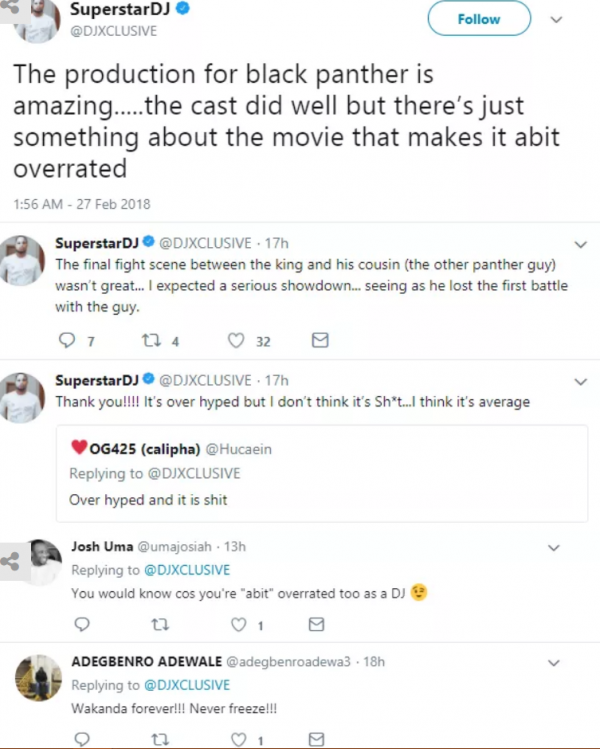 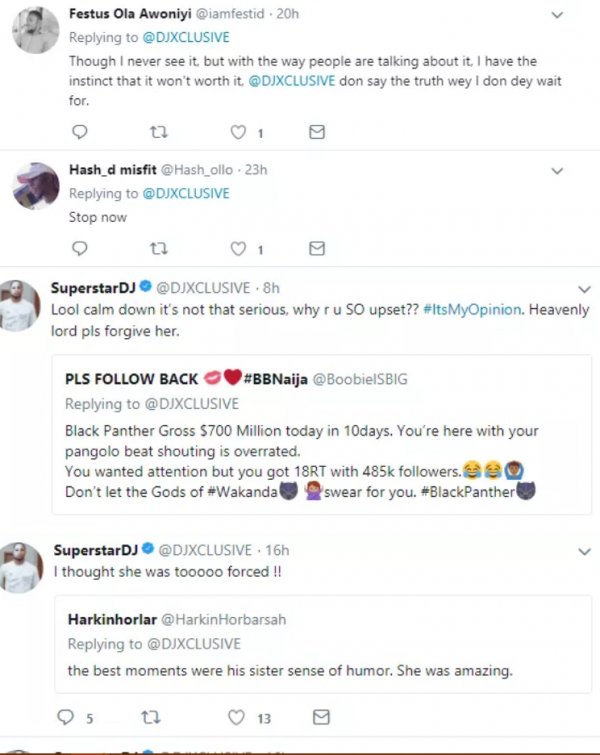 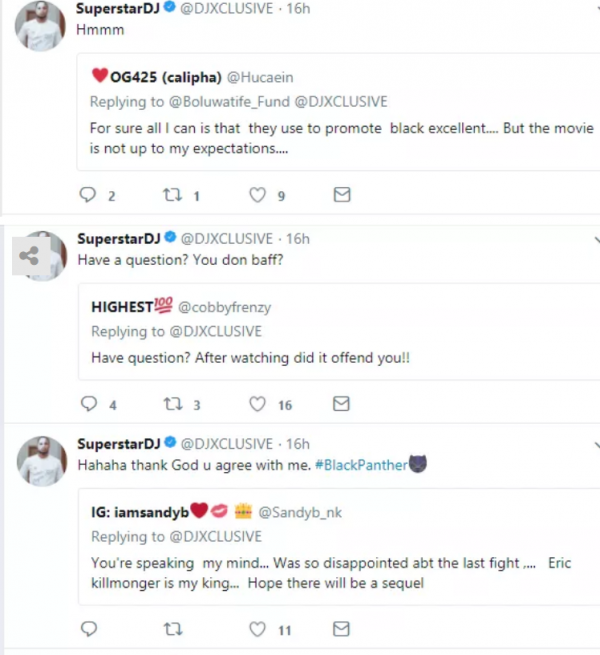 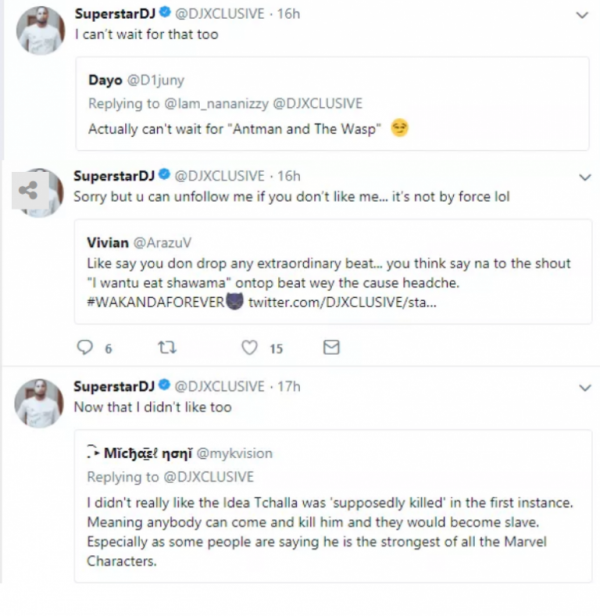