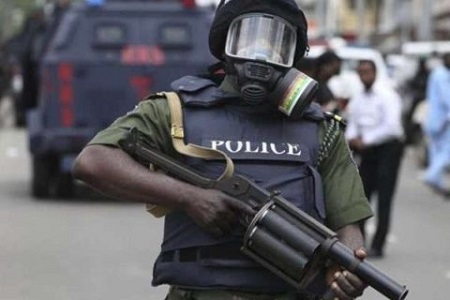 According to DailyPost, Agulegbu also known as Nana was killed in the early hours of Wednesday in a joint operation of Security operatives and the local vigilant group in ONELGA, OSPAC.

Until his death, Nana was the sixth in Command in Don Waney’s dreaded group.

Chairman of the Local government, Osi Olisa has in the meantime confirmed the report, adding that the body of the deceased Nana is being paraded at the council Secretariat.

Osi Olisa in a statement says, “The once bewildered people of ONELGA are beginning to live normal lives once again.

“The return of peace may not have been possible without the commitment of our peace-loving Governor, Chief Barrister Ezenwo Nyesom Wike.

“We also appreciate all the security agencies especially the Department of State Services (DSS) and the Six Division of the Nigerian Army for the killing of Don Waney’s CSO, Augustine Agulegbu a.k.a Nana.

“The crackdown of the Chief Security Officer of late Omoku gang leader, Johnson Igwedibia a.k.a Don Waney is part of the ongoing effort to cleanse ONELGA of all social vices.

“As a Local Government Council, we shall continue to offer our best support to the Government of Rivers state and all the security agencies to make ONELGA safe for everyone.”