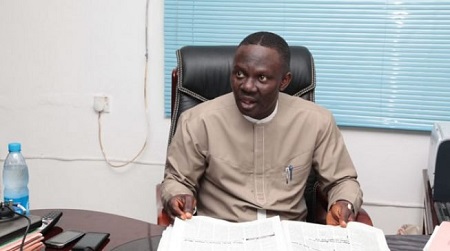 Kashim Afegbua, the spokesman for the former military dictator, Gen Ibrahim Babangida (retd.), has been invited for questioning by the Department of State Services, Punch has reported.

He is expected to appear before the operatives of the service at their headquarters located at Asokoro District of Abuja on Thursday. He was said to have received the invitation very late on Wednesday.

Confirming the invitation, his lawyer, Mr. Kayode Ajulo in an interview with on Tuesday night said that Afegbua would honour the invitation.

“Yes, he has been invited and he would be there by noon on Thursday,” Ajulo said.

Sources close to the security outfit told our correspondent that Afegbua would be questioned on the directive he got from the former military dictator that made him (Afegbua) to issue a public statement on behalf of his principal that President Muhammadu Buhari should not contest in 2019.