As people are mourning the death of Ebony, there have been countless questions as to why the Dancehall diva disregarded death prophecies about her as being claimed by some section of the populace. 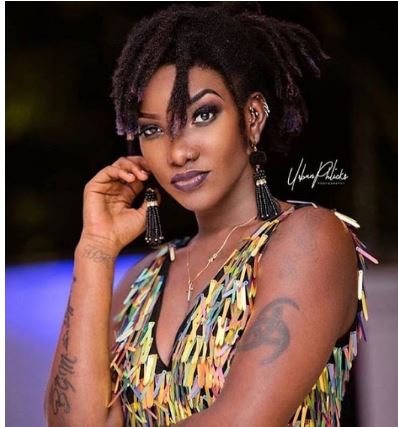 After the news went public that Priscilla Opoku Kwarteng known in showbiz has perished in a motor accident on the Sunyani – Kumasi road on her way to Accra on Friday 9th February 2018, several prophets have come out to claim they prophesied about her death before it happened.

Later it was alleged Ebony did not pay heed to the death prophecies about her and she has paid dearly for it. Ebony together with her friend, Franky as well as a military officer, Francis Atsu perished in the gruesome accident.

But setting the records straight, Bullet of Ruff and Smooth, the man who discovered Ebony and manages her has revealed that Ebony never joked with any death prophecies revealed to her. She always made sure to follow every direction given her by any man of God.

Sharing screenshots of WhatsApp conversations he had with Ebony concerning visions different people including Kaywa saw concerning her life and directions offered, Bullet stressed that neither her nor Ebony ever took lightly any death prophecies about her.

Sharing the screenshots on Facebook, Bullet captioned it: I have seen videos and heard audios of some people and prophets after the death of my girl ebony.can people have a little heart and stop judging her.

Kaywa saw this long time and did a lot of directions and prayers for us.i have chats with prophets who also saw this coming.we did what we could but God knows best!
#ripmybony
#stopjudging
#Godknowsbest