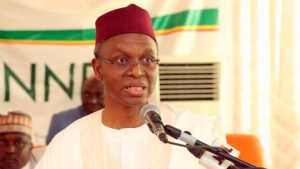 Governor of Kaduna State, Nasir El-Rufai on Thursday, announced the increase in said ithe salary of public school teachers by 32.5 per cent.

The announcement was made by the state Commissioner for Education, Science and Technology, Ja’afaru Sani, he said at a news conference in Kaduna that 27.5 per cent salary increase would be added to all teachers while five per cent would be incentive for teachers posted to rural areas.

According to him, while head-teachers would be entitled to three-bedroom accommodation, other teachers would have two-bedrooms flats in addition to motorcycles to ease their transportation challenges to schools.

According to him, the measure becomes necessary to retain qualified and professional teachers in rural areas.

“Currently, we have more teachers in urban areas than we have in rural areas because the salary package is the same and so whenever teachers are posted to rural schools they redeploy to urban centres.’’

Mr. Sani said the State Universal Basic Education Board (SUBEB) would post the first batch of 10,000 newly recruited teachers to primary schools within the next two weeks.

He assured of the state government’s resolve to ensure quality and standard in teaching and learning in schools across the state.

“The El-Rufa’i led-administration strongly believes that only access to affordable and quality education will ensure social mobility for children of the poor.

“Only quality education will equip them with the needed skills to be creative, inventive and be part of the social movement towards development and self-fulfilment,” Mr. Sani said.

The commissioner maintained that the state public schools would no longer be dumping ground for those seeking employment through political patronage.

On the replacement of the sacked 22,000 teachers, Mr. Sani said selection of the first batch of 10,000 teachers for posting across the 23 local government areas was in the final stage.

Giving further details, SUBEB Chairman, Nasiru Umar, said: “Data entries and data analysis were made and we have released the names of the shortlisted candidates of 24,979 applicants as placed at the 23 LGA offices and SUBEB headquarters.”

Mr. Umar said five-member committees for each of the 36 centres were set for the oral interview which included representative of Education Sector Support Programme in Nigeria and Education Data Research and Evaluation in Nigeria.

Others included in the exercise were the Teachers Registration Council, State Teachers Service Board, Civil Service Commission and seasoned educationists in the state.

He said the exercise was monitored by Governor Nasiru El-Rufai and relevant officials.

Mr. Umar further said data entry was ongoing, to be followed by data analysis after which a technical committee would select the successful candidates to be vetted by the main committee.