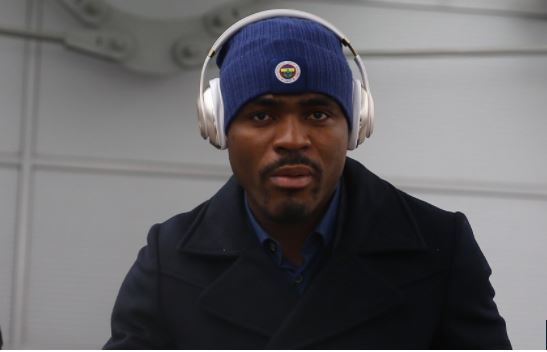 Emmanuel Emenike has joined Spanish side, Las Palmas on loan from Olympiacos after agreeing personal terms.

The ex-Nigeria international was snapped up by the Greek champions in July 2017 for €2.5 million from Fenerbahce. However, since his arrival at Karaiskakis Stadium, he has suffered various injuries which had limited his game time.

The former West Ham United striker made just ten appearances and scored four goals for the Reds before his departure.

Las Palmas who also acquired Super Eagles’ Oghenekaro Etebo on deadline day announced the capture of the forward and will be expected to undergo his medicals on Friday before his official presentation.

The defender teamed up with the Ligue 1 side in January 2014 after penning a four-and-a-half-year deal.

The Super Eagles defender spent the first half of the 2017-18 season on loan at Turkish Super Lig side, Sivasspor and made ten appearances in all competitions.

The club announced the arrival of the defender to Jan Breydel Stadium on transfer deadline day.

“Elderson Echiejile is acquired on loan by Cercle Brugge until the end of the season,” read a statement on club website.

“The Nigerian defender was in the first half of the season at the Turkish Sivasspor, but from now on it will be admired in the Jan Breydel Stadium.