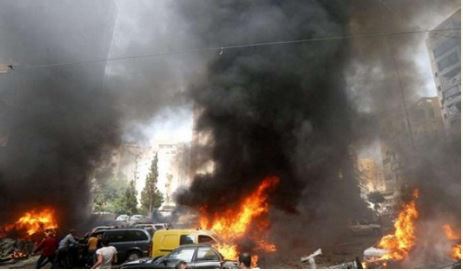 Although no life was lost, most of the vehicles displayed for sale were consumed by the inferno. This is coming barely one week after fire gutted Ekene Polytene Manufacturers Market in Onitsha.

General secretary of the State Amalgamated Market Traders Association (AMATA), Mr. Chuma Eruchalu, who was conducted round the scene of the incident by the chairman of the market, Mr. Chukwujekwu Elobi, described the fire as disastrous.

He said that nobody could ascertain the cause of the fire because there was electricity in the place, adding that the fire destroyed vehicles worth hundreds of millions of naira.

He stated that when he got the information about the fire incident, he immediately contacted the fire service at Building Materials Market, Ogidi, who responded promptly but could not contain the fire.

He said that he also contacted fire service at Main Market for support, but when they got there, their vehicle broke down and could not do anything to stop the raging fire.

He noted that it would have been more disastrous if the fire had spread to the shops, but he thanked God that the fire service stopped it at the garage after it had destroyed the vehicles displayed for sale as well as those parked for commercial purposes.

He urged government and well-meaning individuals to come to the aid of the victims who lost all they had to the fire.

The victims, Mr. Chijioke Okafor, Ogbonna Omata, Christian Chukwuonu and Emma Omeiyi, who were devastated by the fire, said that some of the vehicles destroyed were newly coupled vehicles for sale. They appealed for financial assistance from the government and others to start life all over again.