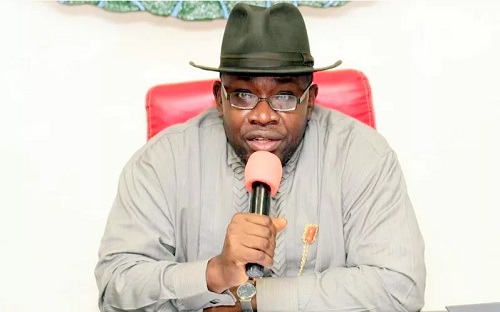 Bayelsa State Governor, Mr. Seriake Dickson, on Friday assured that the first airplane would land at the state’s international airport in June, The Nation reports.

Dickson said funds had been set aside already for the completion of the airport with a 3.5 kilometre runway.

He also said government was expecting the Chinese $6bn investment in the Brass fertilizer project to boost the economy of the state.

The governor, in a press statement signed by his Spokesman, Mr. Francis Otta Agbo, gave the assurance while speaking at the Monthly Praise Night in Yenagoa.

Dickson said the airport project which was the brainchild of his administration was scheduled for completion by the second quarter of this year as the 2019 completion is too late.

He expressed government’s commitment to prudent management of its finances and focus on the task of delivering the airport project.

He said: “There is still work to be done. There are still more roads to be built and we have to take the Sagbama Road to Ekeremor.”

According to Governor Dickson, former President Olusegun Obasanjo will be in the state in the next two weeks to commission some of the state’s first class medical investments and the Bayelsa Health Service Programme for workers.

“Chief Olusegun Obasanjo will be visiting in the next two weeks to unveil our medical investments to the world,” he added.