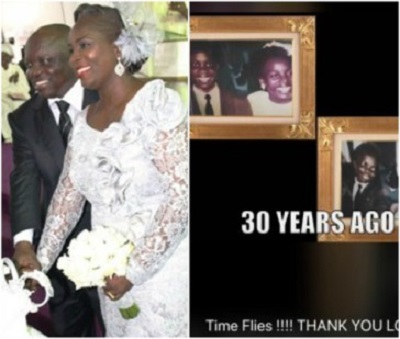 A former Governor of Delta State, Emmanuel Uduaghan and his wife Roli Nere whom he married in 1988 are celebrating their 30th wedding anniversary today.

According to LailasBlog, the couple blessed with two lovely children and two grandchildren will be holding a lavish party at their home in Banana Island, Ikoyi to celebrate the occasion. 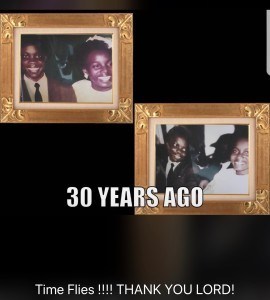 The ex-governor and his wife who dressed like a couple getting married for the first time walked to the altar, renewed their marriage vows, exchanged rings and cut their anniversary cake just as they did in 1988 at the same First Baptist Church, Warri.

The ceremony was attended by their children, family, friends and well wishers and was followed by a reception afterwards.