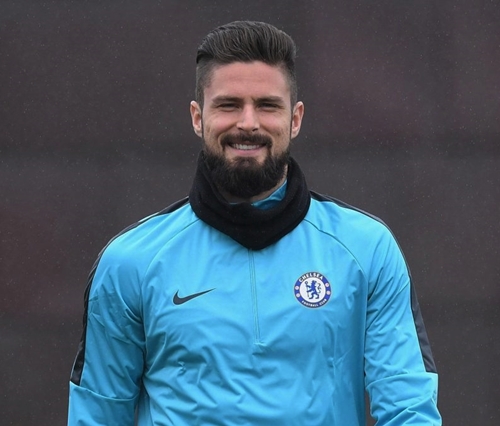 French international striker, Olivier Giroud has opened up on his dramatic deadline day switch to Chelsea from Arsenal, while admitting that he wanted to be “happy again”.

According to The Sun UK, the forward revealed the strange Arsenal WhatsApp tradition for leaving players, and how he pressured Arsene Wenger into buying Pierre-Emerick Aubameyang to get his deal over the line.

Giroud also described how he had to dash to Stamford Bridge in a cab after his last appearance for the club against Swansea.

The tall striker who has already had an impact at Chelsea, scoring his first goal for the club in their 4-0 FA Cup win over Hull City last week, said he now has a smile back on his face at Stamford Bridge, revealing that his future was “darkening” with the prospect of Aubameyang taking his place.

While speaking exclusively to France Football, he said: “I wanted to become happy again by playing, so I left, it’s as simple as that. At Arsenal, the future darkened with the arrival of a new striker.

“It could not continue like that [the season so far]. I could not bring myself to spend another year at Arsenal and remain a cover.

“If nobody arrived at my post, I stayed. If Arsenal recruited an attacker, I left. In my head, it was very clear. I was prepared for that.”

Giroud also admits that he could sense boss, Wenger was losing faith in him, and pressed him into a move for Aubameyang so he could find a new club.

To many Arsenal’s fans’ relief, he admits signing for Tottenham was “not possible”. And Chelsea was always his first choice, despite Dortmund “absolutely” wanting him on loan.

He added: “The choice was obvious because Chelsea was a transfer, not a loan like in Dortmund. If I had gone there, it would not have changed anything.

“Returning to Arsenal next summer, I would have found the same situation. It was simply pushing back the problem.

“I talked a lot with the coach. I felt his desire to take someone. I know the job well enough to understand that in the end, I had only a 10% chance to stay. I needed a plan B.

“That’s why at one point, I had to take the bull by the horns and rush things a little. I did not have to suffer, to be a spectator of things and my destiny.

“I went to the coach to ask him where he was with Aubameyang. I put a little pressure on him, like my agent, several times a day. That’s normal. I did not want to be deprived of going to Chelsea when it was the best solution for me.

“The coach immediately said: ‘Don’t worry, I’ll do my best to make you happy’. I knew that he would not put a spoke in the wheel, given the relationship we have always had.”